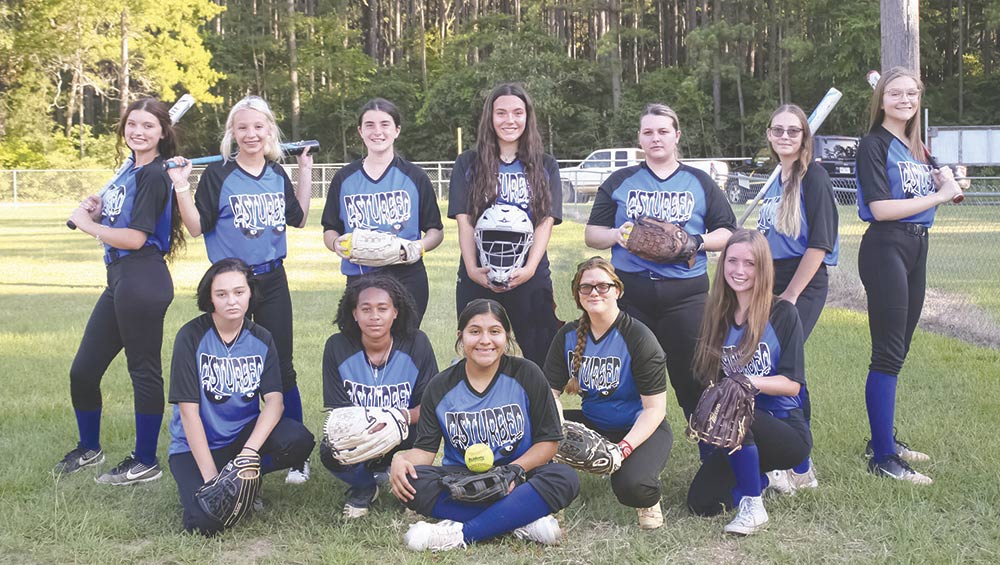 Disturbed's head coach is Chris Dickens, who is assisted by Gary Fitch and Shona Lee.
"This great group of young ladies will represent Tri-Cities, their communities and the great state of Texas at the World Series.

This is an amazing and historical event for these young ladies," said Meri Dickens, commissioner for Tri-Cities Youth Softball.
"This is exciting news not just for Tri-Cities Softball," said Dickens, who noted that her research indicates Disturbed will not only be Tri-Cities' first team to play in the Dixie World Series but also the first softball team from Trinity, Houston or Angelina counties to compete in the DWS.

Texas fielded only two 19u Dixie Softball teams this year since most leagues have a cutoff of 15u, explained Dickens. Disturbed was declared the state champion when the other team dropped out.

Dickens said the World Series bracket will not be finalized until all state tournaments are completed next week.

It's possible the bracket could include teams from Louisiana, Alabama, Mississippi, Tennessee, Florida, North Carolina, South Carolina, Virginia and Georgia. "That is provided that each of those states have a 19u team that will represent them at the WorldSeries," she said.

Disturbed has been busy conducting several fund-raisers for the trip and welcomes donations.

A GoFundMe account has been established for Disturbed as "Tri-Cities 19u Dixie World Series."

Anyone interested in sponsorships or contributing can contact Meri Dickens by email at This email address is being protected from spambots. You need JavaScript enabled to view it. or at 936-635-8972.