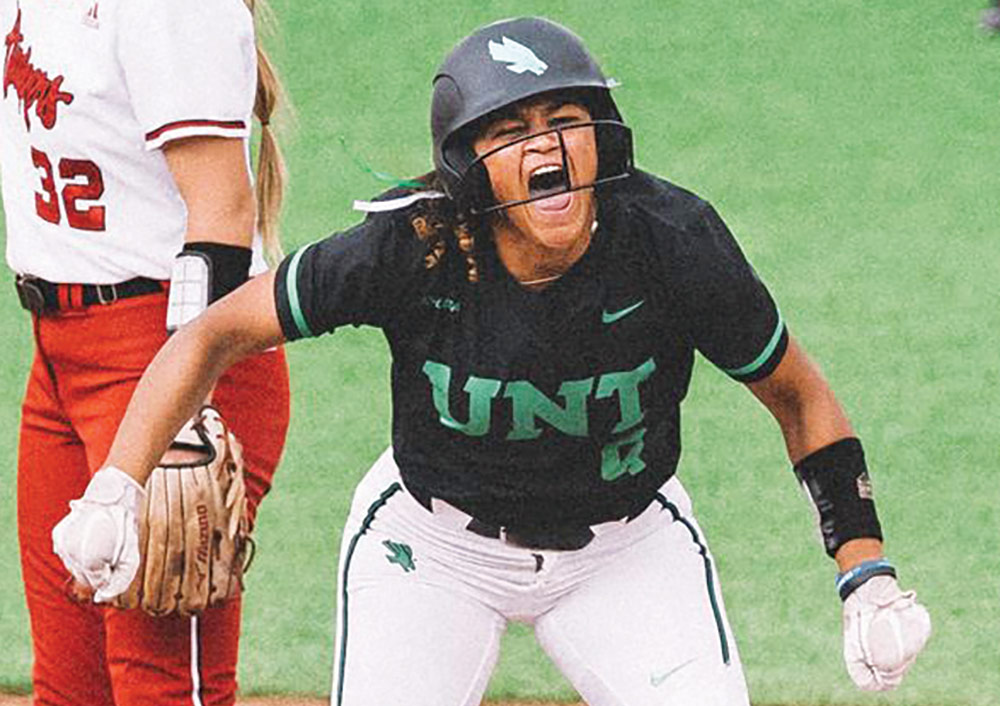 Cierra Simon on first base playing for University of North Texas in Denton. Photo courtesy of NTU

Former Crockett Lady Bulldog Cierra Simon turned heads as a freshman softball player at the University of North Texas in Denton.
Simon, who started all 53 games for the Mean Green, was rewarded for her efforts as the recipient of two Conference USA awards.

C-USA recognized Simon as a 2022 All-Freshman Selection after leading her team with 17 stolen bases. She batted .267 with 35 runs scored and 19 RBI.

Playing shortstop for NTU, Simon had a .897 fielding average with 63 put-outs, 94 assists and 18 errors.

Simon also earned academic honors on the 2022 Conference USA Commissioner’s Honor Roll. To be eligible to receive this honor, student-athletes must maintain a cumulative grade point average of 3.0 or better during the 2021-22 academic year.

Simon and her Mean Green teammates made program history during the 2021-22 season by run-ruling Western Kentucky 9-0 in five innings to win UNT’s first conference tournament championship and earn its first bid to the NCAA Softball Championship.

After losing to Nebraska 3-0 in the opening game of the 2022 NCAA Stillwater Regional, North Texas picked up its first two NCAA postseason wins in program history as they defeated Fordham 5-3 and Nebraska 3-0.

The Mean Green advanced to the Regional Championship game where they lost a heartbreaker to Oklahoma State 2-0.