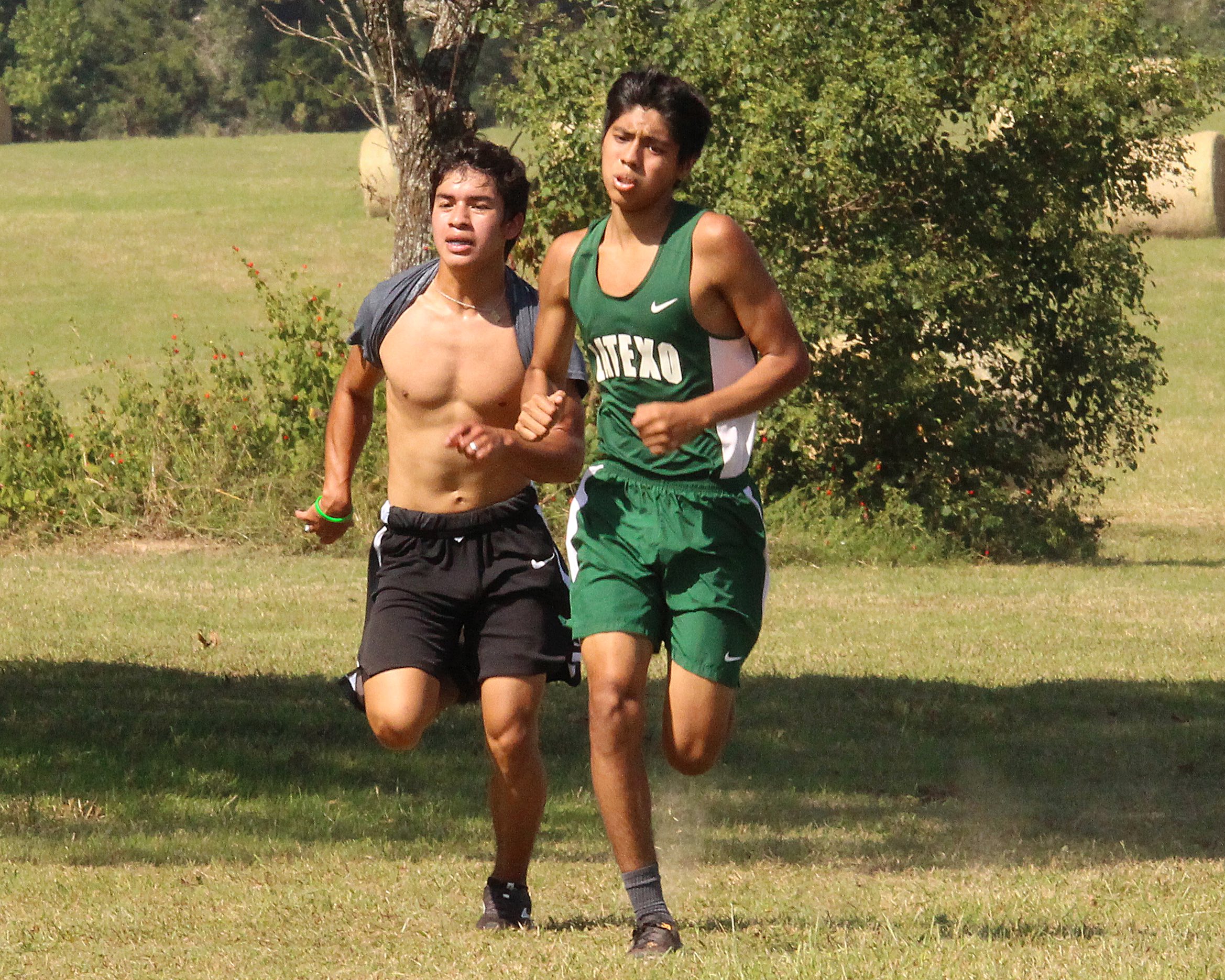 Latexo runners Eli Filer and Eduardo Rodriguez (l-r) battle down the stretch in the Tiger Invitational Wednesday, Oct. 14 at Shartle Ranch. Filer edged out his teammate to claim the 10thplace medal.

HOUSTON COUNTY - With the district cross-country meet just a week away, the Latexo Tigers tuned up with a second place finish in their own meet Wednesday, Oct. 14 at Shartle Ranch.

Class 3A Franklin won the varsity boys title with 49 points, Latexo was next with 63 and 3A New Waverly was third with 80.Franklin’s Nick Phillipello paced all runners with a first place time of 18:02.

Phillipello also had the winning time of 17:48 a week earlier when the Franklin crew finished second in team standings.

Filer (21:17), competing for the first time this season due to an injury, nosed out Rodriguez for the final individual medal.

“They battled it out at the end for 10th and 11th. I honestly thought they were going to pass up the kid in front of them so that they would get ninth and 10th,” said Latexo coach Jessica Cutshall.

Carter Tucker (25:52) finished 26thfor the final counting spot in the Tigers’ team score. “I haven’t been letting Eli run in meets because of his injury and heonly has one practice a week,” said Cutshall. 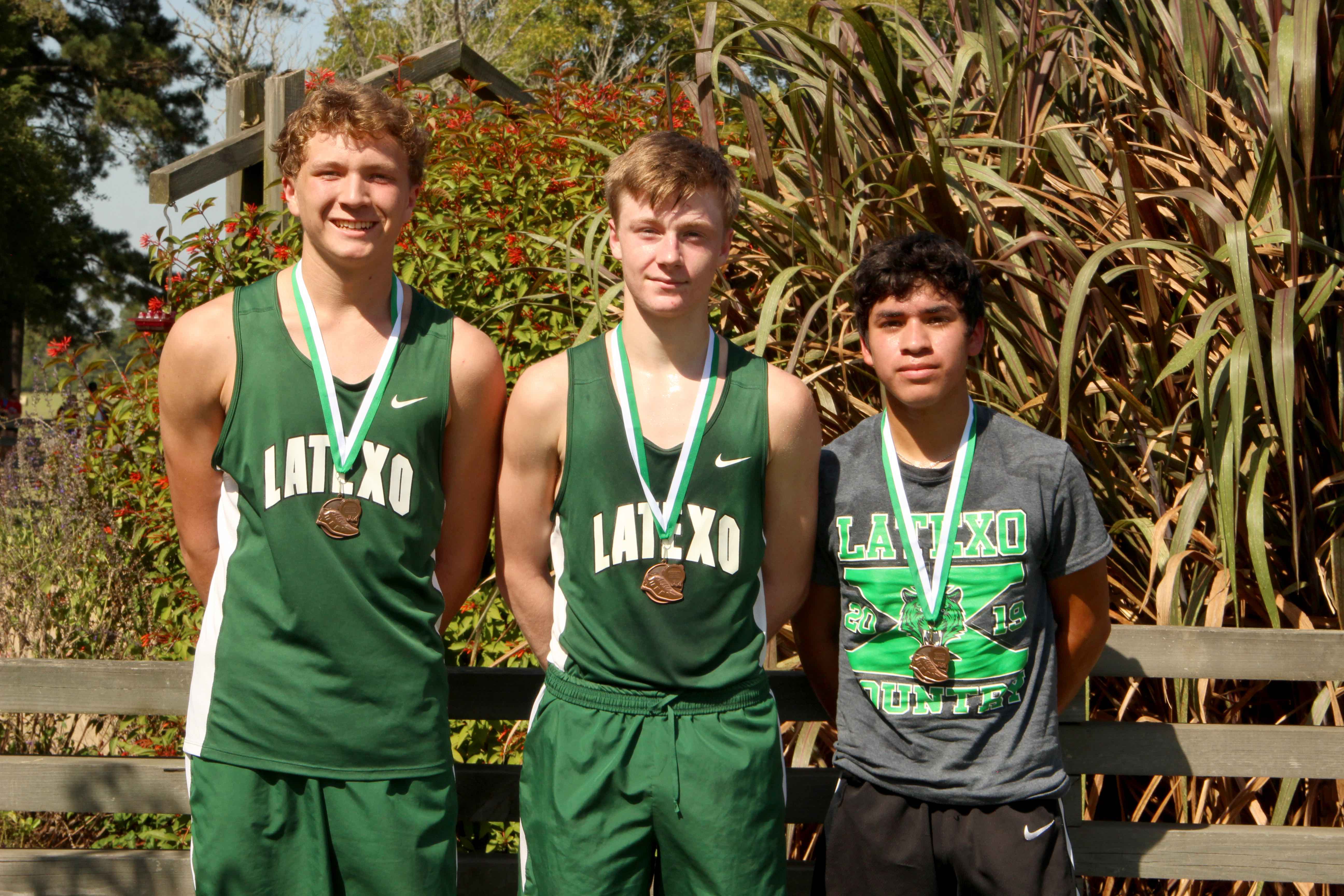 “I’m really proud of my guys. I’ve been trying to push them really hard and they finally came through this week,” added the coach. “None of the teams in our district finished in front of us, so I can’t complain about that.”

This was the third meet Latexo has hosted at Shartle Ranch, where the District 20-2A meet will be held Oct. 21.In addition to Latexo, the district lineup includes Centerville, Grapeland, Groveton, Jewett Leon, Lovelady and Slocum.

Cutshall noted that only two teams from each district will advance to the UIL regional meet due to Covid-19 restrictions. The Region III Class 2A competition will be Tuesday, Nov. 10 in Huntsville.

Latexo’s girls team was short-handed due to one runner missing the meet due to illness. “One was at home with a migraine and I only have five runners so I ended up only having four to compete this week,” said Cutshall. “One of my girls just came back after being out for Covid for 2 ½ weeks and hasn’t been running but she ran today. Another runner has been checked out for a high heart rate, so she had to take it real easy today too.”