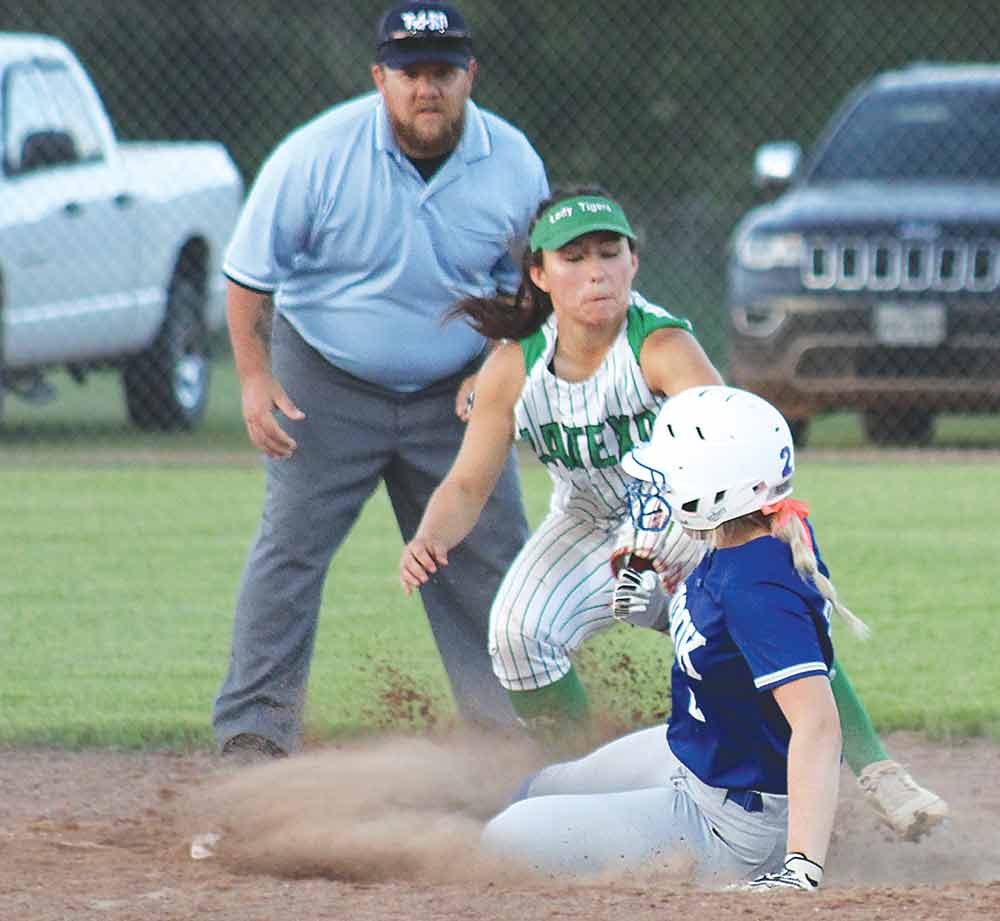 LATEXO -- Latexo softballers took care of business at home on Wednesday and finished the job on the road Thursday to capture the bi-district title over Snook.

The No. 8-ranked Lady Tigers will face Mason in the area round Saturday at Belton.

Latexo was dominant in both games, shutting out the Lady Jays 5-0 in Game 1 and blasting them 11-2 in Game 2.

In the series opener, Latexo jumped out to a 2-0 lead in the first. Charlee Biano led off with a triple and Katy Allen walked. Biano scored after tagging up on a fly out by Mally Moore and Allen stole home.

The Lady Tigers tacked on two runs in the third after Allen hit a leadoff double, stole third and scored on a bunt single by Natalie Nicol.

Nicol stole second,  went to third on a groundout by Moore and scored on a sacrifice bunt by Baylee Omelina to make it 4-0.

Latexo plated its final run  in the fifth after Nicol drew a one-out walk and stole second. Omelina drove in Nicol on a line-drive double to left field.

Allen closed the game, giving up no runs and one hit. She struck out four and issued no walks in two innings.

Taking their show on the road Thursday, the Lady Tigers scored two runs in the first and buried Snook with  nine in the fourth and fifth frames.

The Lady Tigers got their sticks going early in the game with a leadoff double by Biano.

After Allen was hit by pitch, Biano tagged up and scored on a fly out by Nicol. Omelina singled to drive in  Allen for a 2-0 lead.

Marissa Allison started Latexo's fourth inning frenzy with a RBI single, Allen followed with a RBI double and Nicol kept it going with a 2-RBI single. Omelina drove in the final run of the fourth to make it 7-0.

Latexo erupted for four runs in the fifth with a two-out rally.

The outburst was fueled with three doubles by Omelina, Nicol and Allen along with singles by Allison and Biano. Moore also got aboard on a walk.

Snook scored its runs in the fourth and fifth innings.

Taylor Dise went the distance in the circle, allowing 10 hits and two runs with nine strikeouts and five walks.

The Lady Tigers collected 17 hits off one Snook pitcher, who struck out three and walked three.