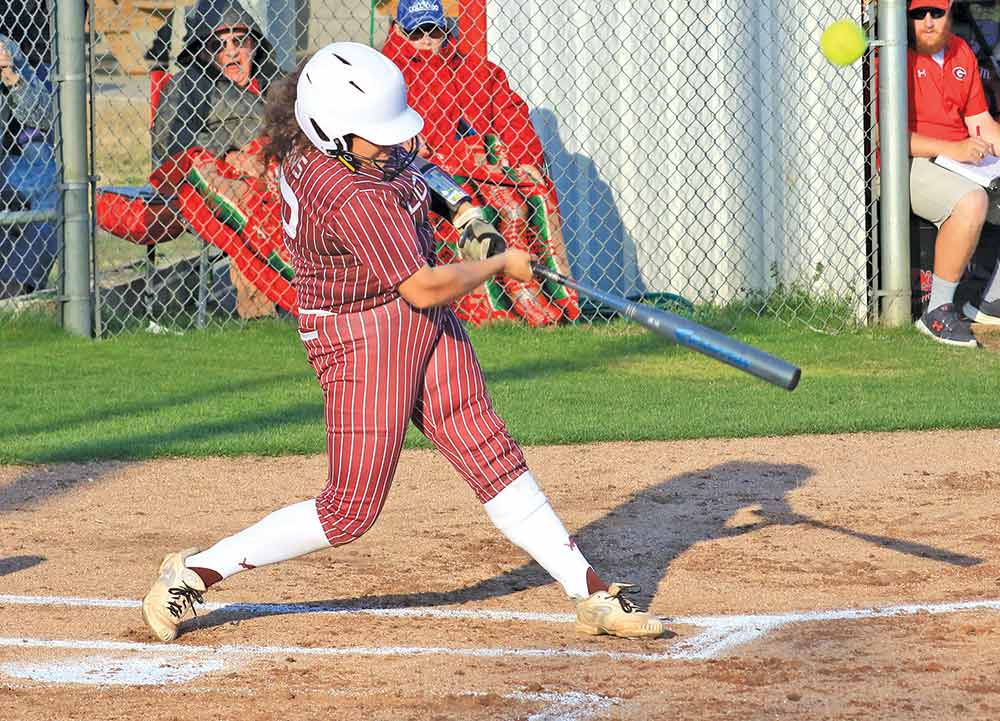 ALTO -- A grand slam homer by Mimi Sandoval ignited a 12-run second inning for the Lovelady Lady Lions on the way to a 16-0 district win over Alto on Thursday.

With Lovelady up 2-0 and bases juiced, Sandoval swung at the second pitch and belted a fly ball to center field to bring home Rylee Biedrzycki, Morgan Womack and Scout Lovell for a 6-0 lead.

Besides the grand slam, Lovelady's second inning rampage included five singles, a  double and a walk. Two batters were hit by pitch and three reached on an error.

The Lady Lions carried a 14-0 lead into the third. Bailee Albinus hit a double to center field to score Biedrzycki and scored the final run on a wild pitch.

The game was called after three innings.

Lovelady scored two runs in the top of the first after getting two runners aboard on walks. Linda Martinez hit a line drive single to bring home Mihyia Davis and Sandoval scored on an error.

Alto's only hit  of the game came in the first inning on a leadoff single. The second batter was hit by pitch and a one-out error loaded the bases but two straight strikeouts snuffed out the threat.

The Lady Lions will host Kennard on Friday for a double-header and travel to Cushing on Tuesday.