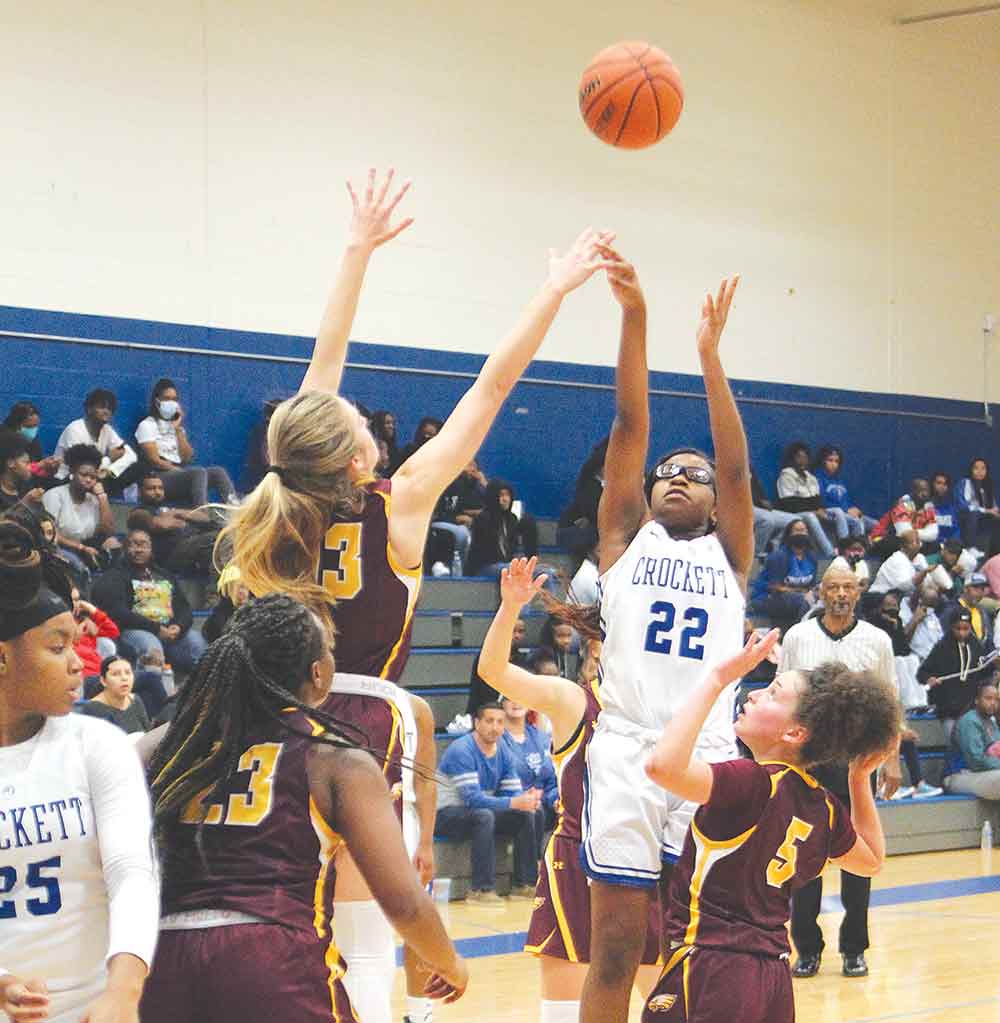 In a Tuesday night road game, the Lady Dogs came out smoking on both ends of the court and outscored Westwood by 18 in the first quarter.

“We jumped out of the starting gate, got some early steals and outscored them 22-4,” said coach TaNesiah Johnson.

The Lady Bulldogs didn’t let up in the second quarter as they rattled off a 26-2 run to take a commanding  60-6 halftime lead.

“I tried to balance it out and give my first group resting time while at the same time allowing our bench to get into the game,” said Johnson. “But we still had things we needed to work on in preparation for Fairfield. I informed the ladies that the same fire we started off with against Westwood is the fire that we need to have versus every team we play.”

The Lady Dogs were led by another double-double performance from junior Tocarra Johnson, who booked 24 points and 15 rebounds.

After an impressive win over Westwood, Johnson was optimistic that her team would make a strong showing  against the visiting Lady Eagles, who boast a 26-1 record.

"We just didn't play. We didn't show up. We were intimidated from the very start," said Johnson. "We matched up the girls and told them who they had. We even changed our jump ball defense to help us out and Fairfield scored a layup to start the game. We just weren't there -- mentally or physically."

Fairfield was in control 38-4 after a quarter and 55-6 at the half. Crockett's bright spot was in the fourth quarter it outscored the guests, 15-13.

"We scored 23 points not playing and had we played we'd have scored in the 40s at least," said Johnson, noting that Teague was the only team in the district able to score more than 40 on Fairfield. "Franklin only scored 17 on them, Westwood had 11 and  both Buffalo and Elkhart only scored in single digits."

Tocarra Johnson was Crockett's only double-digit scorer with 11 points. "My big girl should have easily had 20 or 30," said the coach.

Tania Davis scored 8, while Wooten and senior Chelsea Walker managed to score just 2 apiece. "A'Nayah should have had at least 10 and Tania usually scores 10 to 12," noted Johnson.

The Lady Bulldogs only hit 9 of 19 free throws.

Another disparity was the number of turnovers. Crockett had 29 turnovers to Fairfield’s 9.

“We can’t dwell on this game too long since we have to get ready to play Teague here on Tuesday and then go to Franklin on Friday,” said Johnson, whose team sits at 4-3 in district.

Next week, Crockett has back-to-back home games against Elkhart on Tuesday and Groesbeck on Friday.