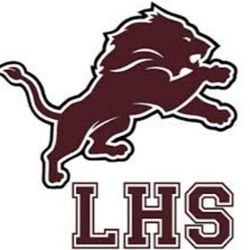 Lovelady Lady Lions are living up to the No. 8 state ranking they received in this week's state poll issued by the Texas Assocation of Basketball Coaches.

The Lady Lions improved their record to 4-0 with a 79-58 home win over Douglass on Friday after back-to-back road wins over Huntington and The Woodlands Christian Academy.

Against Douglass, the Lady Lions trailed 23-16 after a quarter but dominated the second frame 20-4 to pull ahead 36-27 at halftime.

After both teams scored 16 in the third, Lovelady carried a 52-43 lead into the fourth and outscored their guests by 12 to ice the win.

This was the first loss for Douglass, which slipped to 1-2 on the year.

Travelling to Huntington on Nov. 16, the Lady Lions jumped out to a 20-6 first quarter lead over the class 3A Lady Devils and continued to pull away over the next three quarters to win it 70-37.

Price pumped in a game-high 25 and Davis followed with 18.

Rounding out the scoring were Jones with 7, Pipkin 5, Davidson 5, Arris LeMaire 4, Butler 3, Pugh 2 and Jada Johnson 1.

Hitting the road for their third game Nov. 19, the Lady Lions took down The Woodlands Christian Academy, a class 5A private school.

TWCA kept Lovelady within reach for the first half. Lovelady led 14-7 after a quarter and 26-21at the break. The Lady Lions pulled away in the third quarter, 42-26.

Price and Davis again paced the Lady Lions with 18 and 11, respectively. They were followed by Pipkin with 7, Jones 6, Davidson 6 and Butler 2.

Lovelady continued its tough schedule when it hosted class 4A Madisonville on Tuesday.

After Thanksgiving, the Lady Lions travel to Anderson-Shiro on Tuesday, Nov. 30 and then compete in the Hudson Tournament Dec. 2-4.