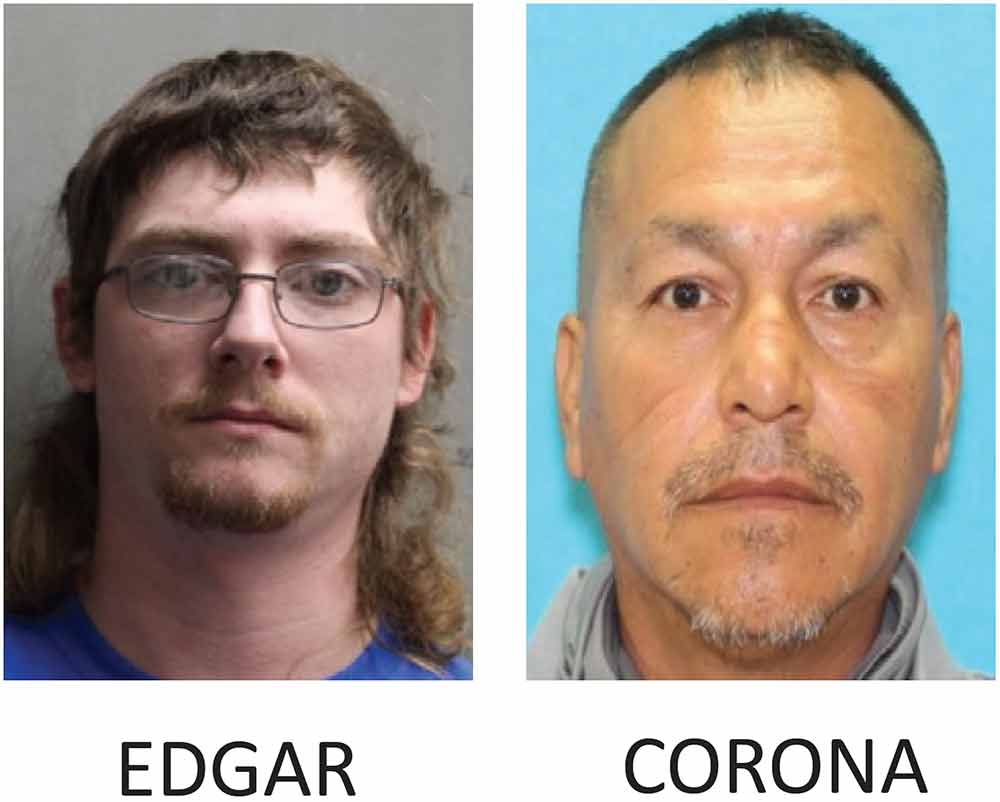 Matthew Hoy Edgar, 26, of Hemphill, has been wanted since January 2022, when the Sabine County Sheriff’s Office issued a murder warrant for his arrest after he absconded from his trial.

Edgar was originally arrested for murder in 2020, and at the beginning of 2022, attended the initial days of his murder trial before absconding on January 26. He was convicted in absentia and sentenced to 99-years of confinement.

Edgar is 5 feet 10 inches tall and weighs about 140 pounds. He has ties to Sabine County, Texas.

Corona is 5 feet 5 inches tall and weighs about 180 pounds. In addition to Coldspring, he has ties to Florida and Tennessee.

Texas Crime Stoppers, which is funded by the Governor’s Criminal Justice Division, offers cash rewards to any person who provides information that leads to the arrest of one of Texas’ 10 Most Wanted Fugitives or Sex Offenders. So far in 2022, DPS and other agencies have arrested 52 people off the lists, including 19 gang members and 28 sex offenders. In addition, $77,500 in rewards has been paid for tips that yielded arrests.

•Submit a web tip through the DPS website (https://www.dps.texas.gov/Texas10MostWanted/MostWanted) by selecting the fugitive you have information about then clicking on the link under their picture.

•Submit a Facebook tip by clicking the “SUBMIT A TIP” link (under the “About” section).

DPS investigators work with local law enforcement agencies to select fugitives for the Texas 10 Most Wanted Fugitives and Sex Offenders Lists. You can find the current lists — with photos — on the DPS website.