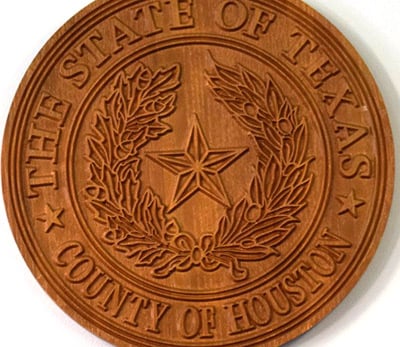 CROCKETT – On Monday, August 29, the Commissioners Court met to discuss and confirm the budget for the upcoming year.

Increases in the budget include items such as added health insurance fees, cost of living pay increases, adding employee positions, projected increases in utilities and insurance, improvements and renovations, and other various expenditures.

During the workshop, the court approved an additional $20k to go to the Juvenile Probation Department for detention. It was explained to the court that the cost of daily confinement has gone up considerably, but funding from the state has not increased exponentially.

Funding was also requested for a pepper gun system for the Sheriff’s Office. Law enforcement officials felt that the pepper gun would be a more effective

deterrent than the taser guns currently used. The request was approved, pending the outcome of bids for the new equipment.

As determined by the Houston County Commissioners Court, all employees who meet the eligibility requirements designated by ARPA will receive a payment in addition to their regular salary. The pay scale set by ARPA is $2,000 for qualified full-time employees and $1,000 for qualified part-time employees. The payments, in the form of a check, are to be available to employees on August 31.