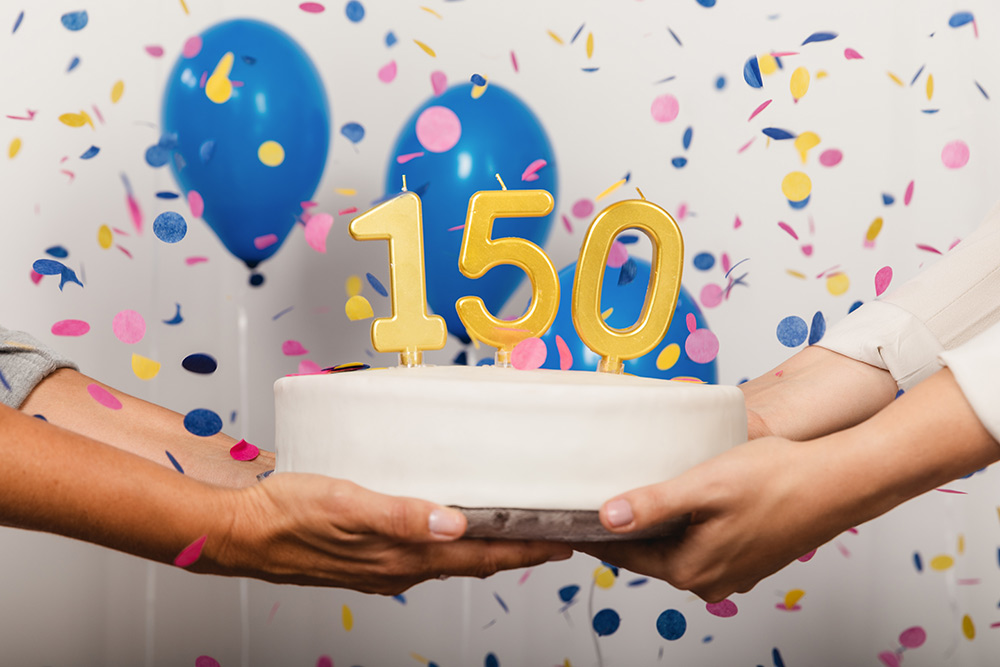 LOVELADY – The City of Lovelady began as a fuel stop on the railway line of the Houston & Great Northern Railway.

The town was named after Cyrus Lovelady, an early settler in the area, from whom the land was acquired. In those days, cities became ‘official’ when the U.S. Postal Service established a post office.

On November 8, 1872, the United States opened its doors, officially proclaiming Lovelady as a certified town.

This is why, on August 13, the City of Lovelady will celebrate 150 years of small-town Texas history. The city plans to open its city hall to allow residents and visitors to view artifacts, pictures, books, and other memorabilia commemorating the municipality’s sesquicentennial.

Although Lovelady has the reputation of being a little one-traffic-light “if you blink, you’ll miss it’ town, it also has a notable historic significance. The Porter Place Ranch, founded in 1912 by V.H. ‘Hoyt’ Porter, was the setting for many of the outstanding photos taken by his son in law, the late Guy Gillette.

Gillette, a local historian, spent many summers at the ranch with his wife Doris Porter Gillette and their two sons.

Gillette’s historic pictorial chronicled all the aspects of small-town life – activities such as church socials, homecomings, dinners on the ground, barbershops, Bible school, and other pursuits enjoyed by family and friends. A Family of the Land: The Texas Photography of Guy Gillette was a coffee-table book by Andy Wilkinson, showcasing some of Gillette’s outstanding photos.

Native Lovelady resident, Howard A. Wooten, went to Prairie View College on a football scholarship, but aviation was his passion. In 1940, Wooten dropped out of college to enlist in the U.S. Army and rose swiftly through the ranks, becoming a Staff Sergeant in the 46th Field Artillery Brigade by January 1942. Wooten applied to the Army Flight School at Tuskegee, Alabama. Wooten was assigned to several fighter pilot groups and was one of a select group of pilots who trained to fly North American B-25 Mitchell bombers, but the war ended before he and the rest of his group were sent overseas.

Wooten lost his life, not during combat, but several years later when he fell from a scaffold while painting the 12th Avenue Bridge in Seattle. It was decades later that Wooten was memorialized by the U.S. Air Force when they used his pilot’s photograph to represent the famed Tuskegee Airman and later adopted as the official image of the Tuskegee Airmen Foundation.

Lovelady is also known as a popular country music venue in East Texas. It wasn’t unusual for locals to hear music rocking the rafters at the old school gymnasium on weekends. Notable country music singers like Carl Acuff, jr., Hank Thompson, Johnny Rodriguez and Moe Bandy have played at the gym. “It’s a wonderful place to play,” Bandy said. “The folks are enthusiastic and you always leave with a wonderful feeling in your heart.” Lovelady is also proud to boast that Cody Johnson performed at the gym on his way to stardom.

When the old gymnasium began deteriorating, the 1952 valedictorian of Lovelady High School, Norma Dell Jones, led the charge to put together a restoration effort to save the gym. Thanks to their efforts, the venue is still used for local events like weddings, church gatherings, and family reunions.

One of the newest editions giving Lovelady bragging rights is the Stesti Brewing Company. The family-owned and operated Czech-style brewery offers a variety of craft beers, and delicious food and frequently offers a venue for local and regional musicians to perform.

And who could forget Lovelady’s most popular event – the city’s annual Lovelday Lovefest. The Lovelady Lovefest got its roots (pardon the pun) from an idea conceived by the Lovelady Civic Club, formerly the Lovelady Garden Club. The Garden Club was formed by a group of ladies interested in beautifying their beloved town. For several years the Garden Club’s main goal was to plant sustainable landscape plants and maintain the property next to the railroad tracks. After losing some of its founding members, the Lovelady Garden Club changed its name to the Lovelady Civic Club and shifted its focus to finding ways to promote the community and draw more visitors to the area. Thus the creation of the Lovefest.

The festival features the crowing of the Lovefest Queen along with several days of carnival-style rides, games, and vendor and food booths designed to entertain the entire family. The Lovelady Lovefest is held annually in February.
The City of Lovelady invites you to help them celebrate at the reception held on August 12, at the Lovelady City Hall, from 2-5 p.m. Refreshments will be served, and visitors will have the opportunity to view historical photos and documents.

The city is also looking for the history of Lovelady’s founding families to display at the reception. If you have any photos or documents you would like to loan for the event, please contact Debbie Wells at the Lovelady City Office 936-636-7313.