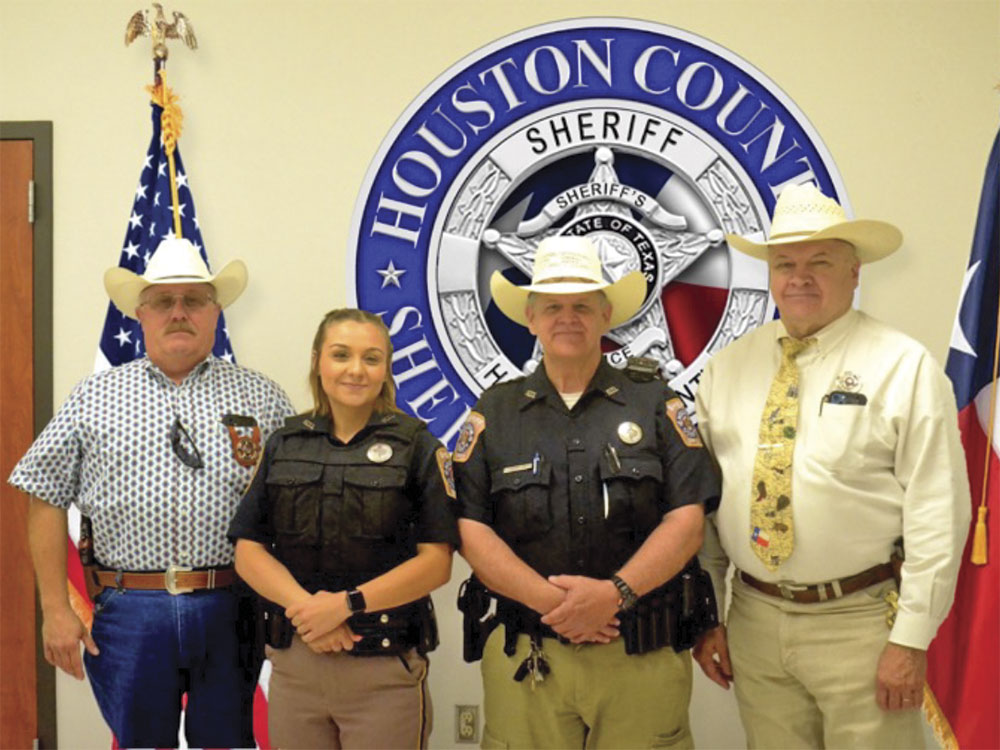 Ballard, a dispatcher who had been with the office for over two years, and Denman, a jailer for two years and jail sergeant for one year, had expressed a desire to attend the law enforcement academy. But to do so would mean that they would resign their positions, lose their income, and upon completion, would be “up for grabs” from other agencies.

The Texas Commission on Law Enforcement (TCOLE) requires all candidates seeking to become peace officers to pass a comprehensive state licensing exam. The exam measures the candidate’s command of all the procedural and practical knowledge covered during the mandatory basic peace officer training course. Ballard and Denman had to complete and pass the Angelina College Law Enforcement Academy and the TCOLE exam.

HCSO has had other female deputies, but Ballard is the first to be explicitly hired as a patrol duty officer. Denman brings years of employee management skills to the position. Both have exhibited exemplary work ethics and dedication and have proven to be good candidates for the Cadet Program.

Houston County Sheriff, Randy Hargrove, congratulated the two in a Facebook post, stating, “Chief Deputy Roger Dickey and I are honored to have them both on our law enforcement team.”