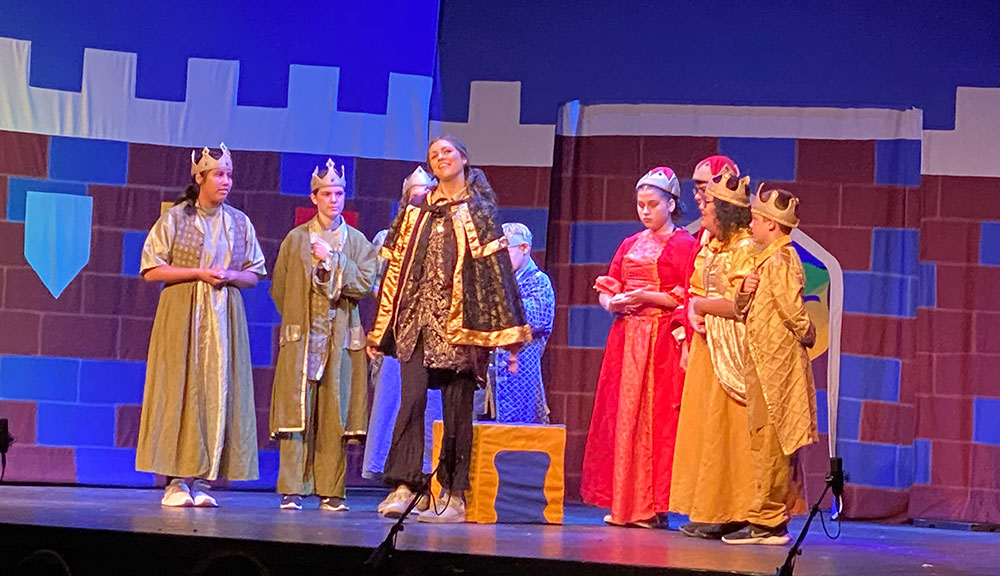 The cast of “The Emperor’s New Clothes” performs the show for a Crockett audience. Photo by Ashley Keenan

CROCKETT – The Pineywoods Fine Arts Association hosted the Missoula Children’s Theatre group this past week at the Crockett Civic Center.

On Monday, they held tryouts and for the remainder of the week these aspiring actors practiced lines and rehearsed their roles for the debut of “The Emperor’s New Clothes” on Saturday, June 25.

In this rendition of an old tale, the Emperor is pressured by royal guests and money hungry townspeople to be something he’s not and dress differently than he ever has.

The Emperor starts dressing in over the top, expensive clothing and even his personality begins to change. When his true friends try to talk to him, he won’t listen. He says that he must give the people what they want. Finally, at his birthday parade celebration, he comes to his senses and realizes that his friends were right. It’s the personality and heart that matter most. He surprised everyone with his “birthday suit”, a simple number that he started out with.