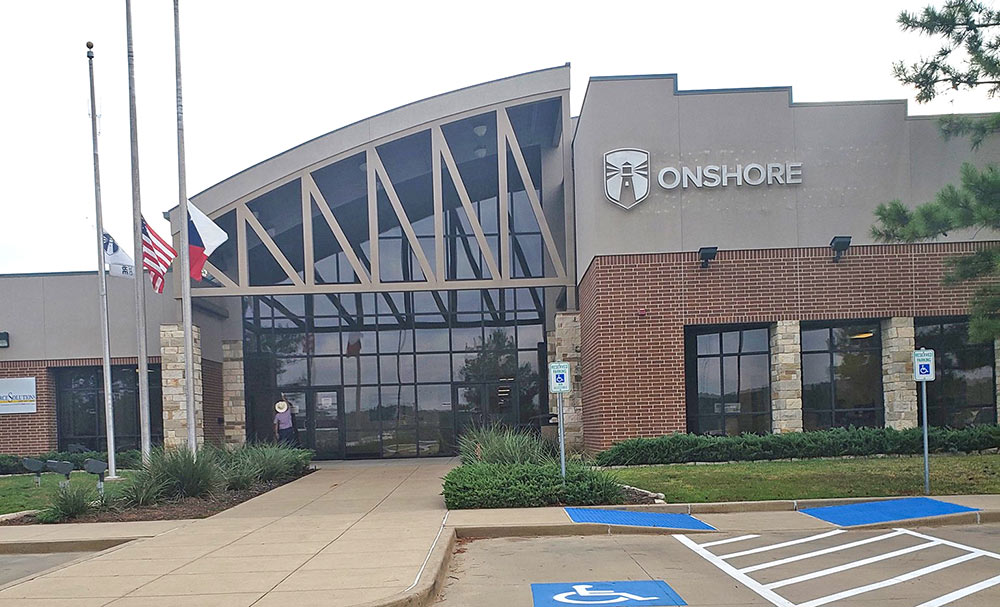 CROCKETT – At the CEIDC meeting on June 14, Executive Director James Gentry revealed that Onshore Outsourcing was leaving Crockett.
The first agenda item was to discuss the evacuation of the building by Onshore Equipment and improvements to the building, such as the generator and security doors, will remain with the building. At the time of the meeting, Onshore had not given Gentry an exit date, but he believes it will be this month because they have terminated the company’s director position. Gentry indicated that all this information has been in verbal form, with no formal documentation.

Because the departure will result in early termination of the lease agreement, CEIDC attorney Bill Pemberton suggested that the Board needed to decide if they wanted to invoke a penalty on Onshore. According to the lease agreement, Onshore was supposed to have created 100 jobs but fell short by creating only 25. After reviewing an amendment to the original agreement, Board member Wade Thomas recommended that the CEIDC speak with the City Council, especially if breaking the lease agreement might potentially become a lawsuit, to which Pemberton concurred. While no definitive action was taken, Gentry agreed to speak with members of the City Council and put the topic on the agenda for discussion.

The topic of the Mary Allen Museum again appeared on the agenda. CEIDC board member Wade Thomas reported that Dr. Thelma Douglas, President of the museum, had contacted him regarding her previous request for developing an educational facility at the Tech Center, but there was no discussion about the current lease arrangement. Because of questions between the museum and the CEIDC over responsibility for various repairs to Westbrook House, Board members agreed that a possible solution would be severing the lease agreement. Thomas indicated that the City of Crockett had some solutions that might provide temporary housing for the museum artifacts, which would put them in an air-conditioned, secure environment until a more permanent solution can be found. Discussions will be held with museum representatives to try and come to an amicable resolution to the issue.

Other agenda items included a modification to Article 6.03 of the CEIDC bylaws, adding email as a form of communication among board members, the approval of a date and time for the Fiscal Year 2023 Budget Planning Meeting, and modifications to the Industrial Park gas line, amending the easement from 10 feet to fifteen feet, and adding new board member, Elizabeth Guzman to the signature card.

The question was raised as to whether or not the modification for the additional easement to the Industrial Park gas line would affect property owners. Gentry explained that if the line comes in on the east side of Enterprise Drive, most of the right-of-way is on the right side, so it wouldn’t be a problem for private property owners.

Murchison had previously noted that a corporation could amend its budget as often as necessary to keep its expenditures within budget parameters and told the board that he could help them do that. “I know you’ve received a lot of criticism as far as accounting is concerned. This is definitely one area that you really need to take care of.” He advised the members that as they approve their financials each month, they need to look at the one key column – expenditures over budget. “And you need to question why that happened,” he said, emphasizing the importance of staying within budget as much as possible.