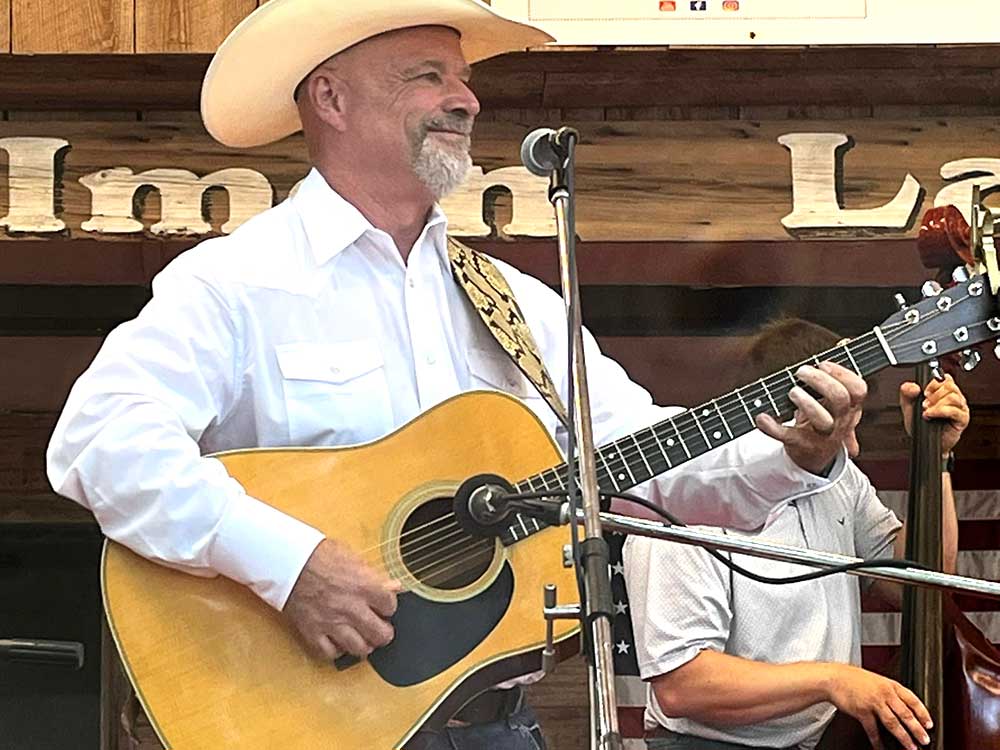 Chuck Duffin with Whitehouse HarmonyGRAPELAND – On Memorial Day Weekend, musicians and fans flooded the grounds of Salmon Lake Park to attend the 25th anniversary of the Annual Gospel Bluegrass Festival.
The origin of bluegrass music dates to back to immigrants from Ireland, Scotland and England, who settled in remote areas of North and South Carolina, Tennessee, Kentucky, and Virginia. Their song reflected life in the hills and their music was referred to as ‘hillbilly” or “mountain music.”
Kentucky native, Bill Monroe, is generally considered the “father of bluegrass music,” but most believe that the classic bluegrass sound began with Earl Scruggs and his innovative three-finger-picking banjo style. When Scruggs teamed up with guitar and vocalist Lester Flatt, the duo became a major force introducing bluegrass music to America. In the 1960s, the concept of the “bluegrass festival” was first introduced. Movies and television featuring bluegrass music helped bring the genre out of obscurity. Today bluegrass music is performed around the world.