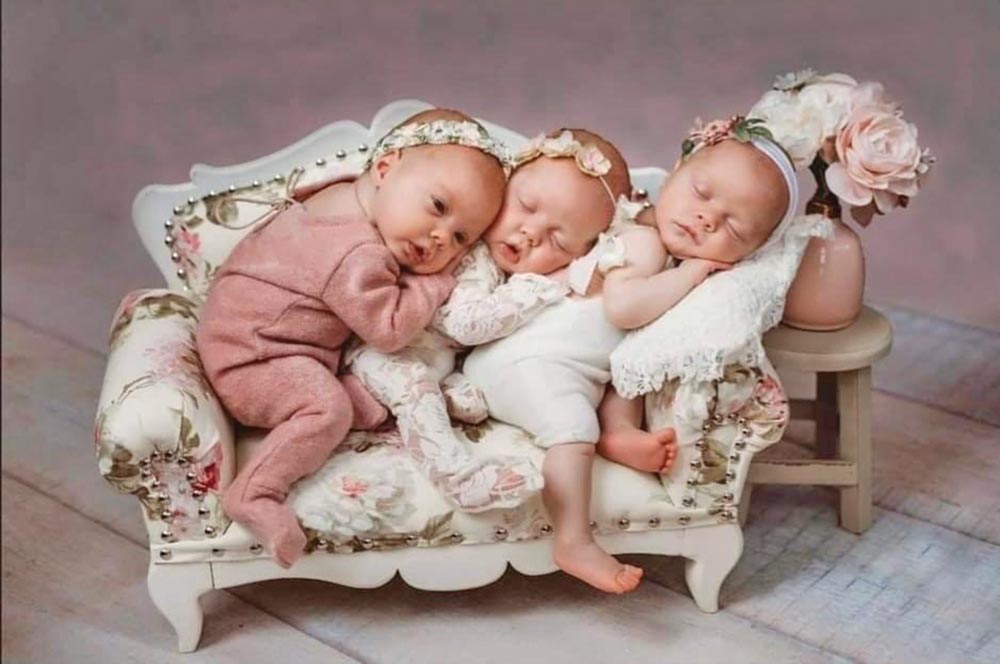 On March 22, the littlest Easley triplet, Natalie, was released from the hospital to join her sisters at their Crockett home. The triplets, originally due to be born on Feb. 9, made their appearance on Jan. 26. Because the girls were all under four pounds at birth, they had some catching up to do before they could join their brother, Matthew, and mom, and dad, Megan and Stephen. Michelle was the first to leave the hospital, followed by Lavinia. The girls are reported to be doing quite well.

Michelle’s weight is currently at 6 lbs. 3 oz. Lavinia, the second triplet to be released is at 6 lbs. 4 oz., and Natalie weighs in at 5 lbs. 15.8 oz. Dad, Stephen Easley, reports that the girls are adjusting well to their routine.