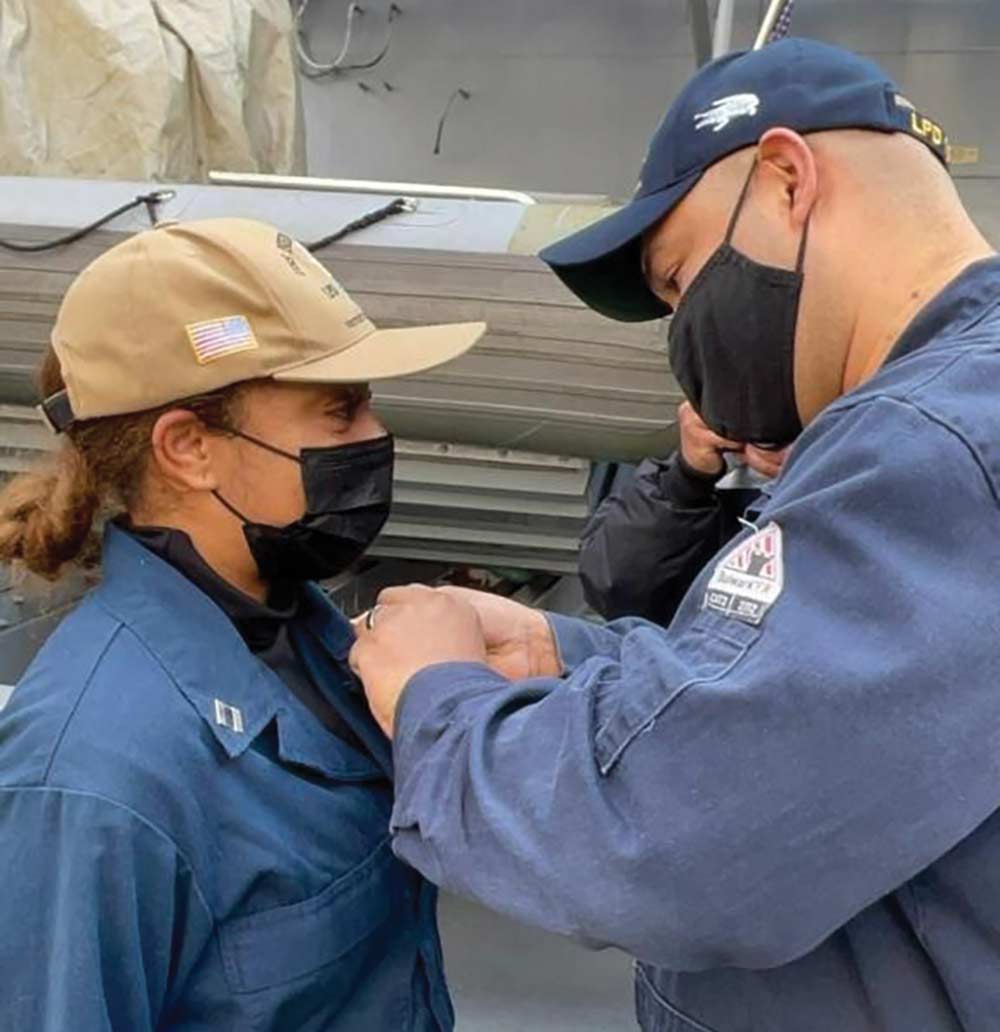 If only “Mother-Dear” could see her “Lil Butterball” now. That’s the nickname Betty Shepherd gave her great-granddaughter, D’Mitri Baldwin - the LSU Naval Graduate recently promoted to Lieutenant. Baldwin has been assigned as Naval Engineer Navigator on the USS New Orleans, also known as the “Big Easy,” stationed in Japan.  New Orleans, part of the America Amphibious Ready Group, along with the 31st Marine Expeditionary Unit, operates in the U.S. 7th Fleet area of responsibility to enhance interoperability with allies and serves as a ready-response force to defend peace and stability in the Indo-Pacific region.

Baldwin is the daughter of Kimberly Shepherd-Denman and Donald Denman of Ratcliff. Baldwin spent much of her childhood in Crockett with her great-grandparents, joining in many family events and attending church at  “The Mountain.” She is a graduate of Spring High School and graduated from LSU in December 2017 before entering the Navy.

Baldwin makes up part of the 19% of Black female officers serving in the United States Navy.  She follows in the footsteps of at least fourteen other family members who are proud military veterans.