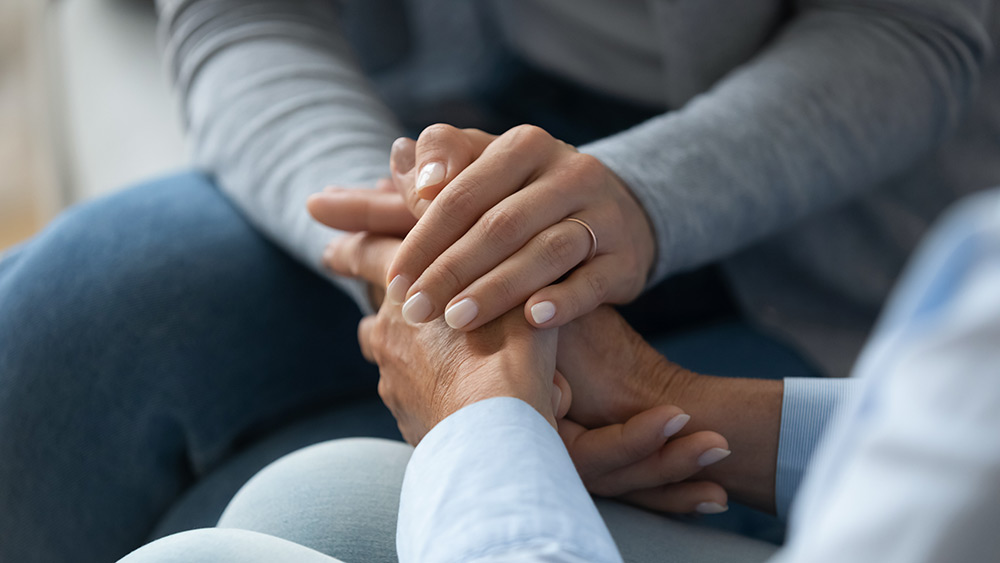 One of the best things about Houston County is the outstanding group of support organizations that are always ready to lend a hand to those in need. One of those groups you might not be aware of provides support for cancer survivors and caregivers.

The Cancer Support Group generally meets on the first Wednesday of each month at the First Christian Church’s fellowship building in Crockett. The organization was initially formed in 1986 by Lela Crenshaw. When she was unable to continue, Carol Dawson took over, and eventually, the leadership position fell to Gerry Sulewski. The first meetings were held in the hospital, but after it was sold, they relocated to the Community Resource Center until Covid restrictions shut down that location. This past year, anxious to continue their support group, they found a more permanent home in the fellowship building at the First Christian Church.

The meetings are casual with no formal agenda. In the past, they would host speakers, such as nurses from Traditions Healthcare who would talk about relevant topics like hospice care. And they all agreed that Dr. Walker’s visits were most informative, explaining things in layman’s terms. One member admitted that she learned more from Dr. Walker than from her oncologist.

What struck me right off was the group’s camaraderie. There was a sense of bonding over their shared experiences. Initially, I was reluctant to ask questions for fear that they might sound invasive or might make the members uncomfortable, but that wasn’t the case at all. Everyone was open and easy to talk to and more than willing to answer any questions about their cancer experience.

Sulewski suggested that the members introduce themselves and share what kind of cancer they had survived. Each story was as unique as the person telling it. Betty Beard confessed she’d been in the group the longest – since 1998. One member initially started attending the meetings as a caregiver then found out that she had breast cancer herself. While most of the members are breast cancer survivors, one gentleman reported he’d had colon cancer, one member had gallbladder cancer, and another suffered a rare form of the disease that causes abnormal growth cells in one’s organs.

Survivor Maggie Norwood moved to Crockett in 2008. In 2010, she was diagnosed with breast cancer. Norwood recalls that she was at her wit’s end and would stand on her porch screaming and crying. “Then I learned about the group from the newspaper,” she said. Her husband suggested that she attend. “It helped just to talk about it. And it’s been such a blessing.” At one point, Norwood’s sister asked why she kept attending the meetings, saying, “They must be so depressing.” Norwood explained that it was not like that at all. Others in the room chimed in to agree. “This is not a cry in your beer kind of thing,” and “There’s a lot of laughter.” And prior to the pandemic, the group gathered for holiday celebrations and even attended spring and fall getaways at a Methodist Men’s camp in East Texas, where survivors were pampered with great food, crafts and massages.

When I asked why cancer survivors might be reluctant to attend, members were quick to respond. “Some people are private and don’t want to share. Some people sweep it under the rug as if to say, “if you don’t talk about it, it doesn’t exist.” And surprisingly, some families are embarrassed that a family member has cancer. “It’s like a stigma.” Elnetha Robbins shared that she didn’t want to tell her family because she didn’t want to be treated differently. “I knew my kids would want to wait on me and fuss over me. And I didn’t want that. I wanted things to go on like they always had.”

The group, which includes Sulewski, Marilyn Wooten, Betty Beard, Juanell Boyd, Bobbie Griffin, Connie Hand, Maggie Norwood, Eugene Patton and Elnetha Robbins, not only gives emotional support to cancer victims, but they can also help out financially by providing gas money or assisting with other expenses during doctor appointments.

Recently, the group raised over $100k for the American Cancer Society’s Relay for Life event, but primarily the Houston County support group is funded with local donations. One anonymous donor gives to the group about once a quarter and has paid for Christmas parties in the past. As Sulewski said with a smile, “Donations are always welcome.

For those considering attending the meetings, Sulewski wants you to know, “You don’t have to come alone. You can bring a friend, your spouse, your family – anyone who is willing to support you in your fight and recovery.” If you have any questions regarding the support group, Sulewski encouraged anyone to call her at 936-545-5971 “We want to spread the word. We want people to come. And I’ll be happy to help in any way I can,” she said.