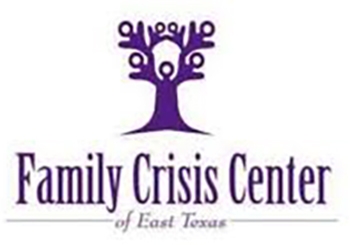 The actual definition of human trafficking is the unlawful act of transporting or coercing people to benefit from their work or service, typically in the form of forced labor or sexual exploitation. After drug dealing, the trafficking of humans is tied with arms dealing as the second-largest criminal industry in the world.

On Thursday, Jan. 20, the Family Crisis Center of East Texas held an event to bring awareness to human trafficking. The event was hosted in honor of January being Human Trafficking Awareness month. The theme was “End Human Trafficking.” Six speakers, experts in their respective fields, presented information about trafficking.

The first speaker was Maria Villarreal, Sexual Assault/Human Trafficking Specialist. She said that human trafficking is a hidden crime.

A person who is coerced, manipulated, and even conditioned into not trusting law enforcement will not come right out and let you know that they are a victim. Trafficking is heavily under-reported. Most victims do not want to file a report because they’re scared and threatened. As an advocate and specialist in human trafficking, Maria has not had a new case in nearly a year. This is how often these heinous crimes go unreported.

Crockett’s Chief of Police, Clayton Smith, touched on risk factors and said, “Believe it or not, everybody thinks that Crockett, a small town in Houston County, isn’t going to see that… well you better wake up, because we are.” He went on the tell of an incident where a Crockett citizen was approached at a local store and offered her money for her child. The trafficker even went so far as to follow the mother into the parking lot. “Luckily, we were able to identify and obtain arrest warrants,” Chief Smith stated. “It happens here. Human trafficking does not discriminate.”

Recently, Smith read an article that said one of the structural causes of human trafficking was weak law enforcement. After reevaluating how Crockett can take action against human trafficking, Smith began working with Homeland Security and received a grant to obtain a license plate reader. “License plates readers are set up on the highway. If a vehicle has been flagged in the system as being involved in human trafficking, child sex trafficking, illegal narcotics, substance abuse, stuff like that, the license plate reader is going to grab that license plate, and it’s going to send us a notification. With the help of our city government, the council, and the mayor, we’re in the process of outfitting our vehicles with in-car computer systems that will allow officers to get real-time notifications of these flagged vehicles and will allow officers to act quickly.”

Kim Riddle, Medical Advocate/SANE Program Director, warned that trafficking, in most cases, happens in the home. Parents traffic their children by producing child pornography and selling it online. It can be a teacher, another student, a sibling, or a grandparent. Many victims grew up in broken homes, craving love and attention. This is where a trafficker steps in and fills that void, giving their victims a false sense of security.

Houston County Sheriff Randy Hargrove spoke about the red flags of trafficking and stated that a study by the University of Texas claims that at any given time, in the state of Texas, 313,000 are being trafficked, including 79,000 children. Red flags that anyone can look for to help prevent sex, labor, and human trafficking include but are certainly not limited to: visible injuries, inconsistent stories, failure to make eye contact, malnutrition, paranoia, submissive behavior, conversations that appear to be scripted and rehearsed, extreme fatigue and tattoos that indicate branding.

In the world we’re living in today, trafficking of any kind is not just at our doorstep; it’s already in our home. The internet is a gateway for children and even naïve adults to be abused, trafficked, exploited, and murdered. Through the television programs we watch, we’re conditioned to accept and turn a blind eye to things that don’t “seem so bad.” We’re groomed to think that predators look a certain way, and more times than not, they look like a friend or a neighbor. Maybe we tell ourselves to mind our own business or think we’d be bothering police with a lingering gut feeling, but please, involve yourself. You may save someone’s life. It’s better to trust a gut feeling and be wrong than to have the opportunity to speak up and stand silent.