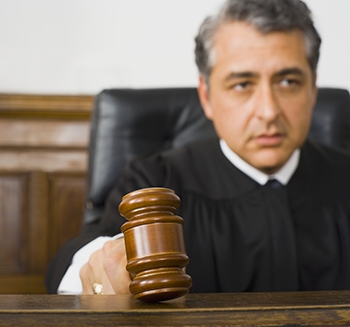 William James Jones, 48, stood trial before a Houston County jury in the Third District Court, on three offenses, including murder. Jones was convicted of killing Artimas Dewayne Lockhart in 2019.

Jones was also charged with possession of a firearm and violation of protective order, and he was given 60 years on each charge. The sentences are set to run concurrently.

Jones’s trial got underway in Crockett last week, and the guilty verdict was delivered on Friday, Nov. 5. The sentencing was handed down on Monday.

The killing of Lockhart occurred during the early morning hours of March 26, 2019. Jones was arrested and charged shortly after the incident, and at the time, Crockett Chief of Police Clayton Smith recounted the killing to the Courier.

Smith said that an eyewitness saw the entire incident and identified Jones as the suspect. The killing occurred on the 100 block of Lewis Circle, and when law enforcement arrived, they found Lockhart inside his vehicle with an apparent gunshot wound to his upper chest region.

Smith said that although life-saving measures were conducted by officers and Houston County EMS personnel, who arrived on the scene later, the victim succumbed to his injuries.

Reports indicate that Jones fired at least three shots, and the victim was able to return fire and strike Jones. Jones was taken to a hospital in Houston, where he was under supervision by a Crockett Police officer.

At the time Jones was on parole and had an active parole warrant from the Texas Department of Criminal Justice Parole Division.