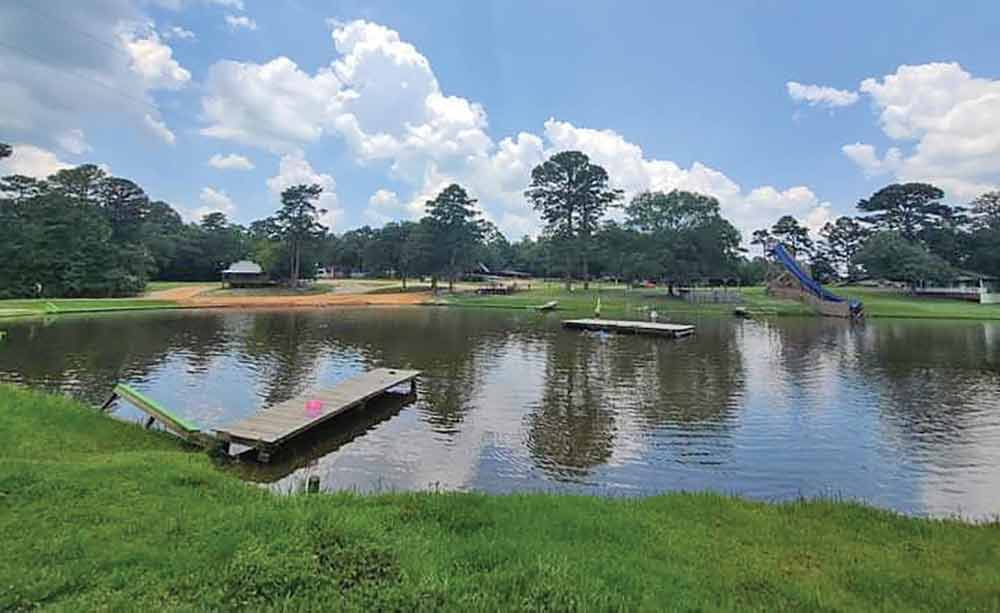 GRAPELAND – When the rains came down overnight on the first of the month, they came and came to Grapeland and the surrounding area and washed-out roads and caused creeks to overflow.

One of the parts of the area that sustained serious damage was the Salmon Lake Park, which is the home of the popular Salmon Lake Park Bluegrass Festival and an attraction for out-of-towners and locals looking to get away and seek some rest and relaxation in the summer months. The Salmon Lake dam burst during the period of heavy rain, and according to the National Weather Service, an estimated 11 inches of rain fell during the storm.

Many features of the park sustained damage, including the stage, and the water wheel and mill were destroyed, as they were washed up against the stage, according to the park’s owners. The damage also necessitated a temporary closure to non-resident guests. It was re-opened on Monday, however.

Most of the park’s attractions harken back to founder Floyd Salmon’s vision and talents. The park was developed in the 1960s and opened to the public. Salmon and his family turned the plot of land into a unique spread, populated with old buildings and machines. One attraction, the “Lemon shine” stand was destroyed along with the bridge and the mill. 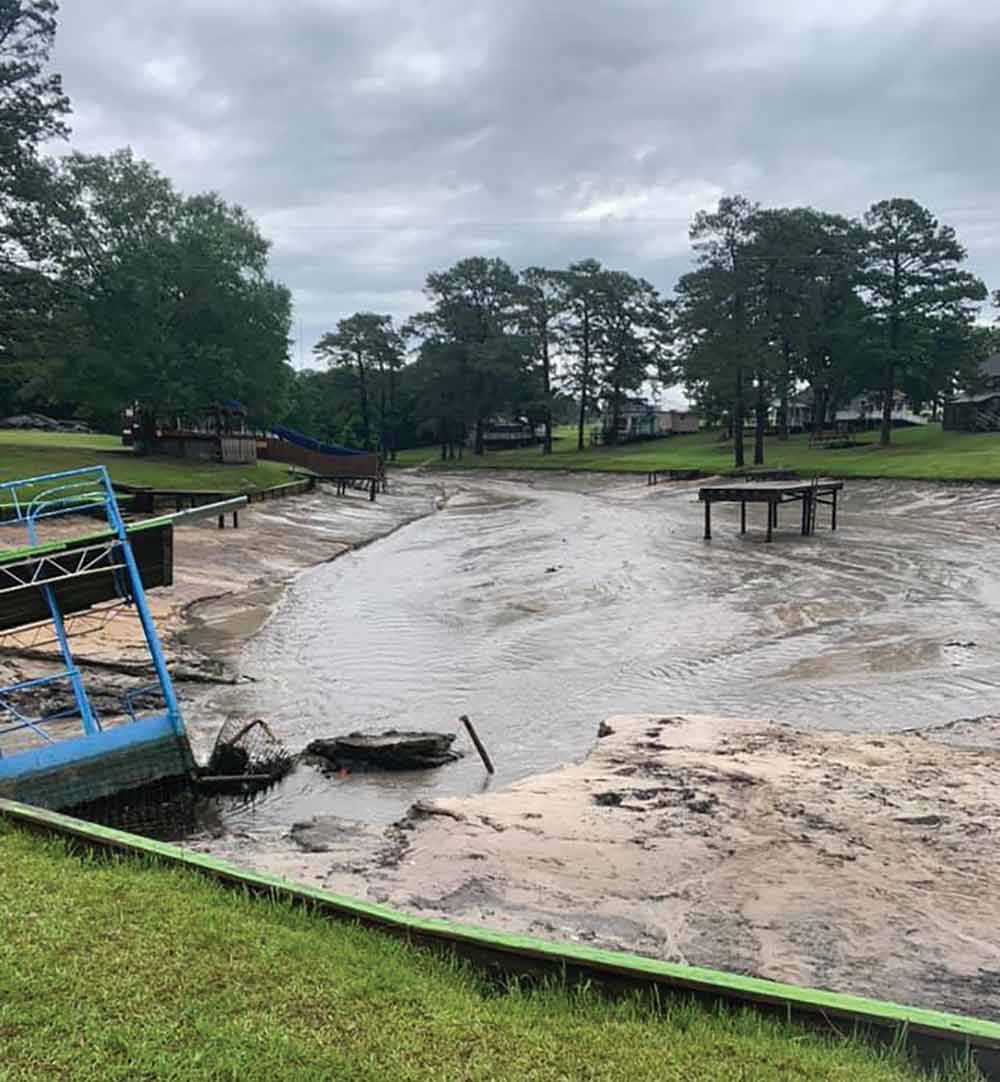 According to the Salmon Lake Park Facebook page, the owners and staff are working to make all of the necessary repairs, and a GoFundMe page was set up to crowd-source funds for the project, with a goal set at $15,500. For those wishing to contribute, the link is found at:  https://www.gofundme.com/f/Salmon-Lake-Park-Rebuild. Those wishing to donate can do so by using major credit/debit cards or secure PayPal transactions through the site.

At present, work has commenced on repairing the dam, and there are plans to rebuild the wheelhouse, but no timetable. The work has been handled by Bartee Construction, whom the owners said have committed a “professional and fast job” on the project.

“They took great care to leave the roads and park just as good or better than before they arrived…and they can build a beautiful dam,” the owners stated on the park’s Facebook page.

The owners, David and Leah Powers, had just hosted the park’s 24th annual Bluegrass Gospel Festival on May 27-30 and dodged the coming storm. They plan to have the park back up and running with the repairs to it and the campground for the scheduled Salmon Lake Bluegrass Festival in September. That long-running event is slated for Labor Day weekend, Sept. 2-5, and has such acts as Larry Cordle and Lonesome Standard Time and Spillwater Drive on the lineup.