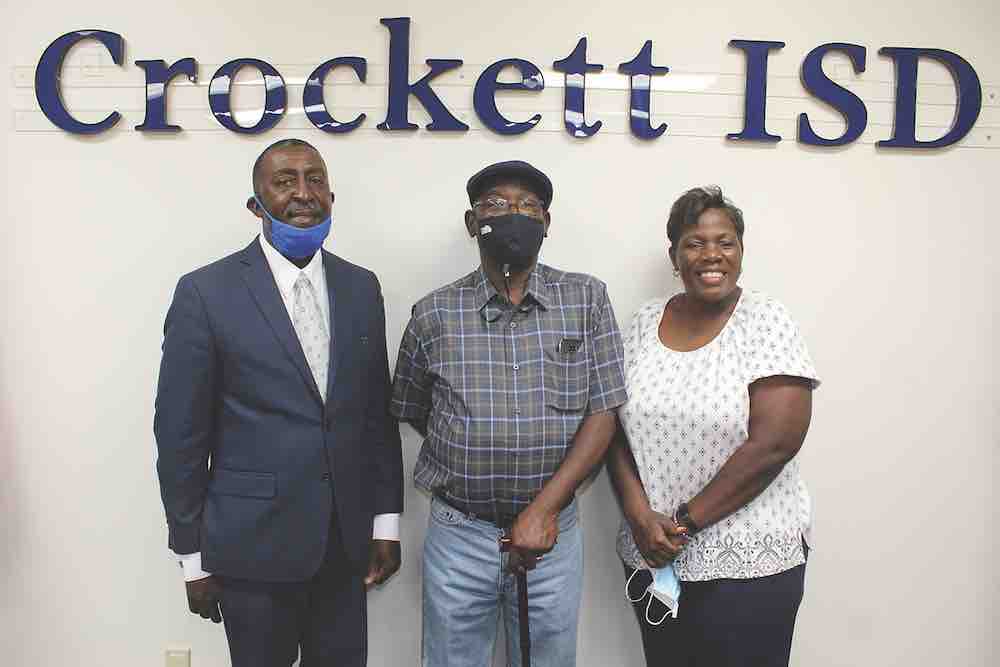 CROCKETT – Two longtime members of the Crockett ISD board of trustees and one newly elected member began serving new terms on the school board at a special meeting Monday.

The two trustees who were already on the board—Vice President Roy E. Johnson, who represents District 3, and Secretary Karen Norman, the representative of District 4—were unopposed in their bids to continue serving on the board.

Gerald Colter, a Crockett High School graduate, Texas Department of Transportation retiree and current parttime employee of the city of Crockett, is the newly elected trustee and he fills the Super District 7 position on the board, which was held by the late Lela Pearl Houston Wheeler, who served as board president until her death last November.

The election results for the District 7 position were canvassed and approved at Monday’s meeting, the primary reason why the special meeting was called.

After the canvass and approval of the results for the District 7 position election, the three trustees who are beginning new terms—Johnson, Norman and Colter—were administered the Crockett Independent School District Board of Trustees oath of office before they took their seats among the other board members and began serving the new terms.

In other business, the trustees voted to reelect officers who were already serving in board leadership positions giving them the opportunity to continue serving in those positions: District 5 Trustee Dr. John Garner, president; Johnson, vice president; and Norman, secretary.

“I feel honored that the board has elected me to serve (as president) again,” Garner, who will soon begin his 11th year on the board, said in a statement to the Courier after the meeting was adjourned. “And I’ll do my best to lead in a way that will be similar or in a manner worthy of Mrs. Lela Wheeler, who preceded me.”