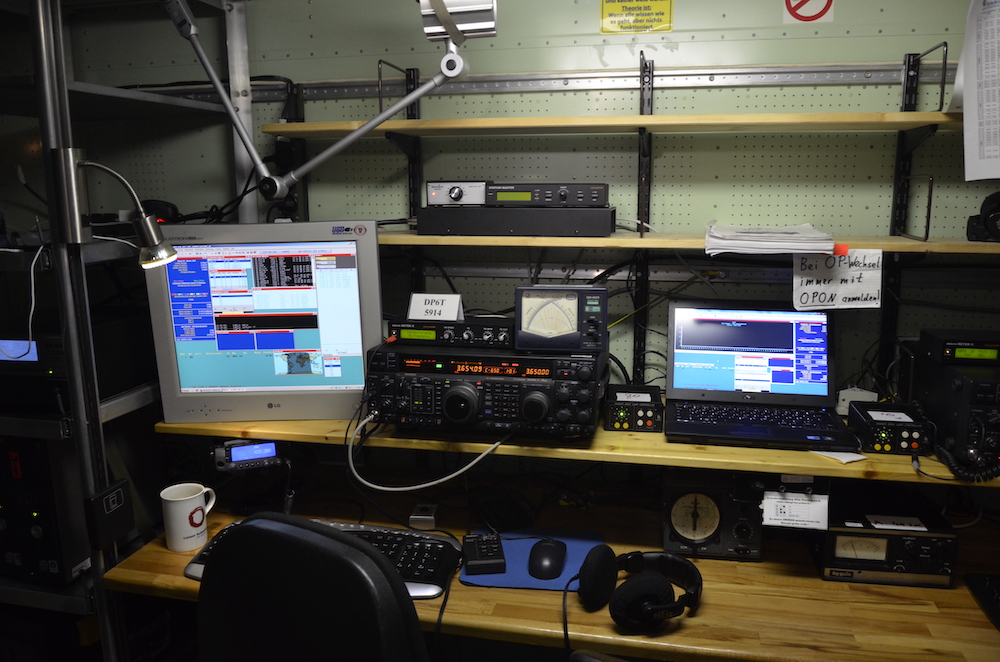 HOUSTON COUNTY – Sometimes a hobby is more than just a way to pass the time (and spend money.) In the case of amateur radio operators (ham radio) the hobby is one that is more of a valuable service that can be a lifeline in times of need.

Houston County has its own group of “ham” operators, the Houston County Amateur Radio Club. The club is affiliated with the Amateur Radio Relay League, which was founded in 1914. Through that affiliation, the club can help anyone who is interested in becoming a member get licensed to operate ham radios, and even work on them. There are currently three levels of certification for ham operators: technician, general and extra.

The first level is the entry point into ham radio, and as to how long it takes a person to acquire the certifications, well, it just depends, according to Van L. Sims. Sims, who has been involved with ham radio since the 1970s, and serves as the club’s treasurer, said the main purpose of the certification tests is to learn the ins and outs of the different bands, or the frequency allocations.

A ham radio station can be set up anywhere, such as in field or in one’s home. Club vice president Larry Small said “When all else goes down, if we’ve got a 12-vote battery, and some wire, we can talk anywhere.”

Amateur radio operators have a basic, working knowledge of radio technology and pass examinations to operate on radio frequencies known as the “amateur bands,” which are allocated by the Federal Communications Commission for use by ham operators.

Ham operators have been essential in times of disaster and are often unsung heroes. Sims noted that 5,000 hams provided all of the communication in the aftermath of the events of Sept. 11, 2001 in New York City. Hams also provided essential services after Hurricane Katrina ravaged Louisiana in 2005.

The Houston County club derives its operating expenses from fundraisers, and they have five each year, although their 2020 fundraising activities were curtailed by COVID. The club’s current big project is to convert one of its four repeaters to solar power. Sims said of the project that in a time of emergency, if there is a massive power outage, the ham operators will still be able to get essential communications across with solar power.

Sims is quick to point out how grateful the club is to the late David Lamb. Lamb, who served as the county’s emergency management coordinator, was able to obtain a great deal of equipment for the club, including its bus.

The club is also planning on installing a ham station in the Houston County Sheriff’s Office. Sheriff Randy Hargrove is a ham operator and serves as the club’s president.

The club, whose call sign is WA5EC, meets at 7 p.m. on every second Tuesday of each month at the old National Guard Armory (EOC Building) which is located at the corner of Edministon Drive and Christy Lane near the Davy Crockett Park in Crockett. Anyone who has an interest can join the club, and dues are $15 per member, annually. It has a field day planned for Saturday, June 26, beginning around noon, at the Davy Crockett Park.