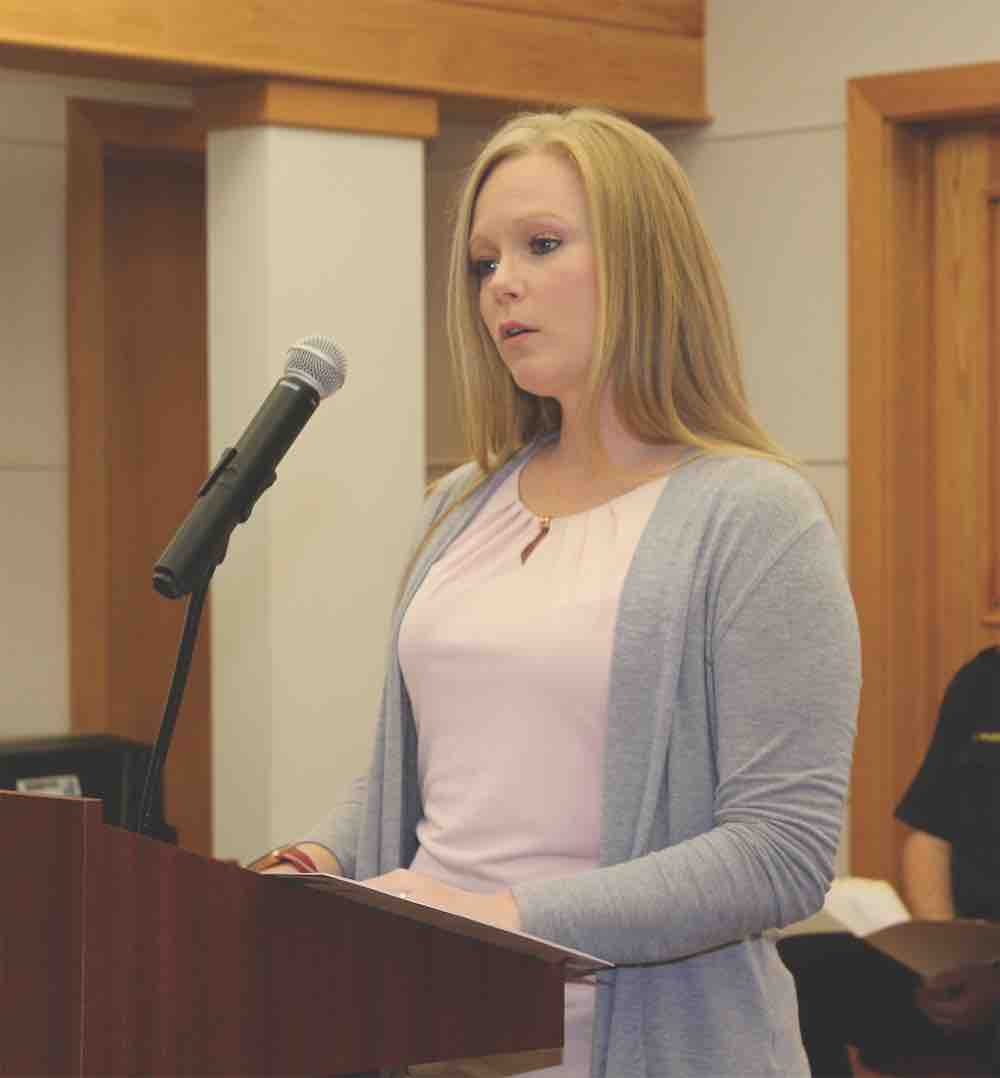 CROCKETT – Crockett city officials have again received the highest audit opinion an accounting and auditing firm can issue to them.

The city officials were recently issued an unmodified opinion by the Axley & Rode, LLP, certified public accounting firm for their financial performance during fiscal year 2020, as has been so the past several years.

They were informed of the opinion by Molly Abele, an Axley & Rode certified public accountant and audit partner, who presented the city’s previous year audit report to members of the city council Monday evening.

“Management is responsible for the presentation and of these financial statements,” said Abele. “And our responsibility is to issue an opinion on them. We are issuing an unmodified opinion, which is the highest opinion we can give. It states that everything here is presented fairly in all material respects.”

Presenting some of the report highlights to the councilmembers, Abele first referred to a part of the report that focused on “governmental activities, which is your general fund, service fund and grant fund; and your business type activities is your water and sewer,” she said.

“As far as your total assets for the current year compared to last year, they are up just approximately over $3 million. The majority of that, between both your general activities and the business type activities, is your construction you have going on. And most of that is around $4 million as well.”

Total liabilities citywide was up approximately $2.4 million, Abele said, adding, “You’re drawing down on that USDA loan and you’re down to about $2.5 million. So, that was the majority of the increase of the total liabilities there.

Referring to activity for the general fund, total revenue in 2020 was pretty comparable to that in the previous year—nothing unusual there, Abele said. “Your expenditures increased approximately $200,000. The majority of that was the increase in payroll as well as an increase in general administration and police. Most of those were payroll.

Concerning the city’s general fund budget, which is how officials operate the city, Abele said, “You were under budget on your revenues just slightly, but you were (also) under on your expenses about $186,000 for the year.

“So, you did a very good job of staying within your budget for the year. With the increase in your sale of assets, which is not necessarily a budgeted item, you had an overall change from where you expected to be which was a net loss of $75,000 to a net increase of $76,000. So, you had a good year for what 2020 was.”

Referring to a slight change in the 2020 audit report, Abele said, stemming from federal money and grants, the city received over $750,000 in federal revenue for the year. “We had to come in and do what’s called a compliance audit,” she said.

“So, we picked some of those programs. We go in-depth in some of that detail and we audit that particular program. The largest one that we reviewed this year, of course, was the USDA loan. “We have no issues or compliance findings with that to report to you, so everything was working well with that grant.”

In other business, the councilmembers voted to adopt a resolution denying a distribution cost recovery factor rate request recently made by Oncor Electric Delivery Company, LLC, and that addresses other related matters.

“Oncor is submitting a request to recover a little over $97 million in their distribution cost for this past winter storm,” said City Administrator John Angerstein, noting that had the councilmembers not approved the resolution or responded to Oncor’s request, city officials would automatically have had to participate in the company’s distribution cost increases for the city of Crockett.

“By doing this (adopting the resolution), we push it (Oncor’s request) back. (Now) they (Oncor executives have to go through the Public Utility Commission proceedings and justify the cost and their expenses and also retain a special counsel that they will have to pay for that represents the city to help negotiate those policies to spread it out over a longer period of time and/or argue some of those costs, whether they were necessarily winter-related damages,” Angerstein said. “So, it makes them go through a little more checks and balances before they increase the electricity rates in our city.”

During the public comments part of the meeting, Mayor Dr. Ianthia Fisher noted that early voting began Monday and continues through next Tuesday for the city’s May 1 election. Precincts 1 and 2 council member seats are up for election.