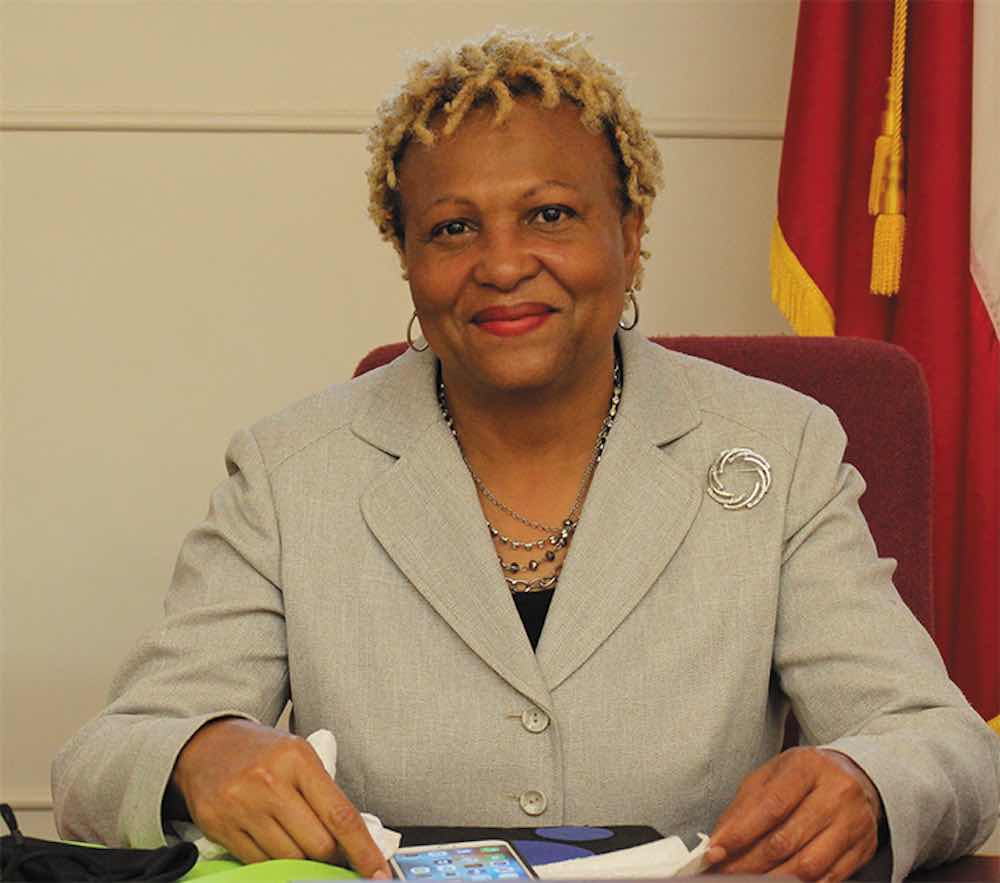 CROCKETT – Dr. Ianthia Fisher has been declared re-elected as Crockett’s mayor in a city council resolution. She was unopposed in her bid to continue serving as the city’s elected leader, a position to which she was initially elected in 2019.

Fisher is one of two candidates who originally filed to run for mayor in the city’s Saturday, May 1, election. However, the other candidate, James Jellum, withdrew from the race before ballots were printed, according to City Secretary Mitzi Thompson. Therefore, members of the city council voted to approve a document of certification of Fisher as an unopposed candidate for mayor, an at-large position, at a meeting on Monday, March 15.

After approving the city certification of unopposed candidate for mayor, the councilmembers, in a related action, voted to approve a resolution authorizing cancelling the election of mayor in the scheduled May 1 election.

The resolution also states that only one eligible candidate, Fisher, had filed to run for mayor and had not withdrawn by the Feb. 12 deadline “and hereby declares the unopposed candidate (Fisher) elected to office and shall be issued Certificate of Election following the time the election will be canvassed.”

In another election-related matter, the councilmembers voted to approve a resolution, appointing election officials for the regular general election, setting the rate of pay for the election officials and the maximum number of election clerks for the polling places, and designating the early voting ballot board.

Council seats up for election in the May 1 election are those for City Precincts 1 and 2. Candidates for the Precinct 1 position are incumbent Butch Calvert, Gene Caldwell and Samantha Wiley. Precinct 2 seat candidates are incumbent Darrell Jones, Charles Clawson and Vicki Cox.

Applications for ballots by mail should be mailed to Mitzi Thompson, City Secretary, 200 N. 5th St., Crockett, Texas, 75835, and must be received in the secretary’s office no later than by the close of business Tuesday, April 20.

In other business, the councilmembers voted to approve an ordinance, temporarily reducing the speed limit from 55 mph to 45 mph for motor vehicles being driven in either direction on State Loop 304 between State Highway 19 and SH 7, while much of that section of the loop is under construction.

The councilmembers also discussed city facility operations and current COVID-19 measures. “Basically, what the city is doing is there are certain facilities that we do have control over,” said Fisher.

“And as far as the city facilities, they’re going to remain pretty much stable, recognizing the CDC guidelines that they already have,” she added.

There’s no limit on the size of gatherings “unless we run into a problem and they (users of city facilities) can’t ensure their safety,” Fisher said. “If it presents a problem where people were saying it was so congested, then we will have to readdress it and set a cap on it.

“But right now, everyone that has basically used the facility—even for concerts—have been so mindful of being able to respect the safety of others. So, we haven’t had that problem; we don’t anticipate having that problem. But in case we do, we will be able to readdress it and be willing to put a cap (on gatherings at the facilities) if it has to be.”

The mayor added, “But we are asking that you (users of the facilities) maintain the safety guidelines. Whatever your percentage should be, it should be in accordance with what you can do—staying within the guidelines.

“And then the other part of it (the mayor and councilmembers approach) is that we did ask the city (staffers) to take into consideration the CDC guidelines. And even though the (former) mask mandate isn’t in effect anymore it is important that we still continue to protect ourselves to the best of our ability. And that’s a simple way with the basic guidelines: washing our hands, wearing masks, social distancing and those kinds of things.”

During Police Chief Clayton Smith’s regular report, he said the police department is planning a Summer Fun Day event to be held Saturday, June 5, if allowed by COVID protocols and depending on what is going on at that time. “We haven’t been able to have a community event in a while because of Covid and everything going on,” said Smith.

He noted, June 5 is during “the first weekend that the kids are out of school,” and added, plans are to have the event in Davy Crockett Memorial Park with waterslides, possibly around the splash pad, and event planners are “just trying to get all the kids out to have fun.”