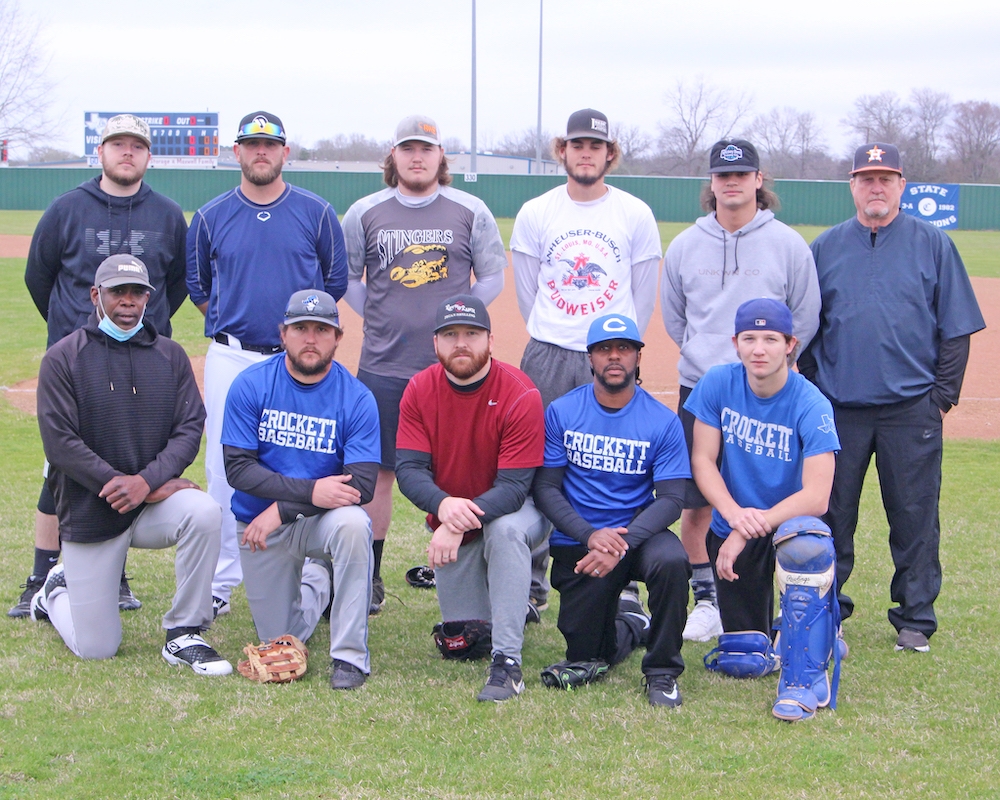 Eleven former Crockett High School baseball players dusted off their gloves, grabbed a tube of sports cream and returned to the diamond for the annual alumni match-up against the 2021 Bulldogs Saturday, Feb. 6.

The “Bulldogs vs. the Old Dogs” battle has become a tradition in Crockett along with a home run derby in which the old-timers have a chance to show off their power hitting prowess.

Kendall Rhodes and Tyrone “Six” Colter, both members of Crockett’s 1996 state championship team, headlined the alumni squad’s roster. Rhodes and Colter played for legendary coach Tommy Parker, who earned championship rings in 1982 and 1996 during his stint at Crockett.

Continuing their domination of the series, the Old Dogs won this year’s battle 8-5.

Bulldog baseball coach Cole Pemberton told the victorious alumni, “Nothing but love and respect for you guys. Today was about honoring y’all. Old guys still got it.”

Pemberton, a CHS graduate who took the reins as head coach this season, inherited a baseball program that has struggled in recent years.

Addressing the alumni crew before the game, Pemberton said, “You guys started this tradition of greatness in Crockett and it’s something we don’t take lightly. I preach every day to my guys about the greatness Crockett baseball has produced.

“I’m beyond proud to be the head coach here in Crockett and an alumni from here myself. To the class of ‘82 and ‘96, thank you for showing us what excellence is all about. We hope one day to get the program headed in that direction that you guys showed us,” Pemberton concluded.