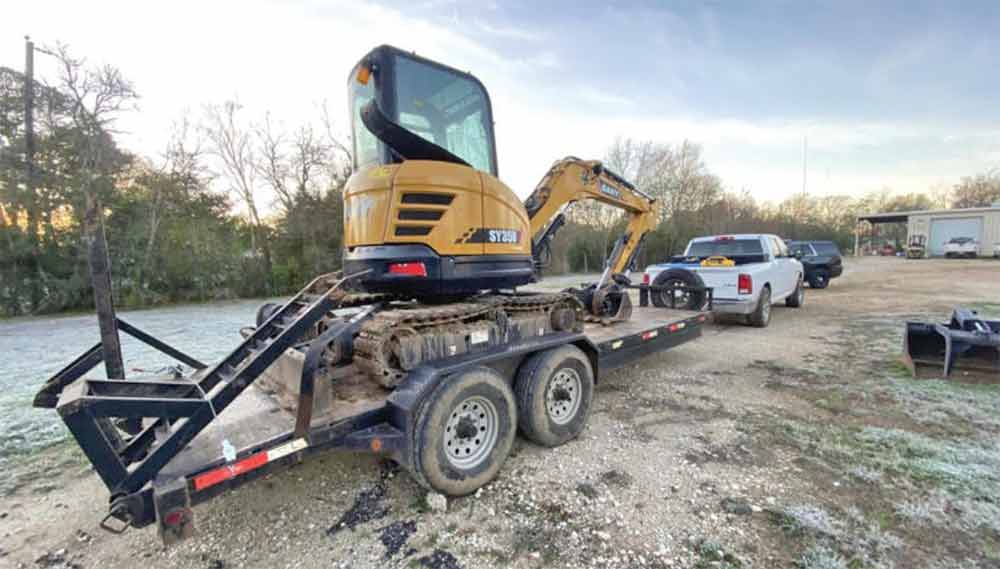 CROCKETT – According to an officer with the Crockett Police Department, a Dodge pickup towing a trailer loaded with a hydraulic excavator was detained for a traffic violation early Sunday morning on December 18 on US Highway 287 North. The driver was identified as Dustin Heath McNutt, age 29, of Crockett. Although McNutt gave officers conflicting information about the trailer and excavator, he consented to let the officers search the vehicle.

After being joined by deputies with the Houston County Sheriff’s Office, officers found methamphetamine, a handgun, several bundles of heavy equipment, tractor keys, two walkie-talkies, and five different license plates during their search.

Although the excavator and trailer were checked in state and national databases, they were not reported as stolen at the time. The officers attempted to contact the trailer’s registered owner but were unsuccessful. The Dodge pickup and equipment were taken to a secure location while the officers investigated further. Later that morning, the officers spoke with the heavy equipment’s owners, who reported that one of his employees had discovered the equipment had been stolen from the 2700 block of State Highway 31 West in Athens.

The owner identified the equipment, which he valued at just under $60,000, and it was released back to him.

McNutt was initially arrested and released to the Houston County Jail for Possession of a Controlled Substance Penalty Group 1 <1 gram, which is a State Jail Felony, and Unlawful Carrying a Weapon – a Class A Misdemeanor. After the equipment was identified, McNutt was additionally charged with Theft of Property >=$30,000 <$150,000 – a Third-Degree Felony and his vehicle was seized. McNutt was released on a $33,000 bond on Monday, Dec. 19.