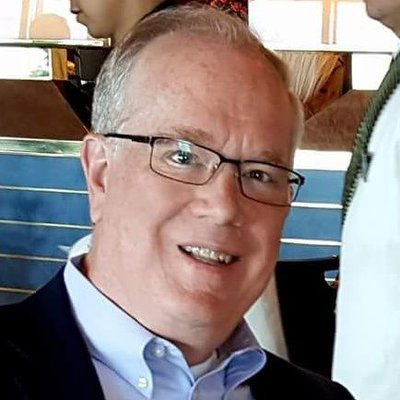 Lonnie HuntBy Chris Edwards
This email address is being protected from spambots. You need JavaScript enabled to view it.

AUSTIN – Throughout his career in public life, Crockett’s Lonnie Hunt has worn many hats: from radio broadcaster to Houston County Judge, and (since 2016), Executive Director of the Deep East Texas Council of Governments (DETCOG). There’s another title he was recently bestowed: “Texas Broadband Hero.”

Hunt was honored at an event, hosted by the Texas Tribune, last week, and presented with the “Texas Broadband Hero Award” from Connected Nation Texas.

In a news release from CN Texas, the organization stated it is honored to present Hunt with the award and added that Hunt was recognized “for his many years as a vocal advocate for rural broadband in both his own community and the Deep East Texas Region as a whole.”

In his capacity with DETCOG, Hunt oversees the organization for a 12-county region, and through grant funding, has made rural broadband access a priority over the past several years.

“Wow! I’m blown away by this award,” said Hunt. “It’s special to me because I truly believe that broadband is a key building block for the future of my region and all rural Texas. It’s an honor to be able to work on this issue, and we can’t stop until every single household in Texas has access to affordable and reliable broadband.”

The event, which was titled “The Future of Rural Texas,” took place on Thursday, Nov. 17, and Chris Pedersen, who serves as Executive Vice President of Development and Planning for Connected Nation, said the award was created to honor someone “who demonstrates the passion, commitment, and determination to close the Digital Divide in their community in such a way that it influences and impacts surrounding communities and the region.”

“Lonnie Hunt exemplifies our core vision that everyone belongs in a Connected Nation, and he is committed to improving lives by bringing innovative solutions to expand the access, adoption, and use of broadband,” said Molly Weiner, Director, Local and Regional Planning for Connected Nation.

It was announced on Monday that the state will receive in excess of $600 million in federal broadband subsidies in the coming year. The Texas Public Policy Foundation issued a news release, and cited research pertaining to the rural areas of the state bearing the greatest need.

A study funded by DETCOG over the economic impact of broadband throughout the 12-county region of service, projected that over a 10-year period, broadband access can provide an enormous boost to the region, which is economically distressed.

“Having quick and reliable internet access has become more important for participating in modern society, and Texas is presented with a chance to realize broadband needs with clear goals and measurable outcomes,” said Zach Whiting, policy director for Better Tech for Tomorrow. “The Legislature should remain focused on the real needs facing Texans with no broadband access and see this as an opportunity to provide broadband expansion with longevity—rather than another sum of money that needs replenishment due to inefficient allocation.”

“Despite the natural beauty and other positive aspects of life in Deep East Texas, our region historically suffers from high poverty, high unemployment and low wages…Broadband is the key to changing that,” one part of the study reads.

The study goes on to show that broadband access in rural East Texas could add 10,300 new jobs and $1.4 billion in GDP growth to the region over a 10-year period.