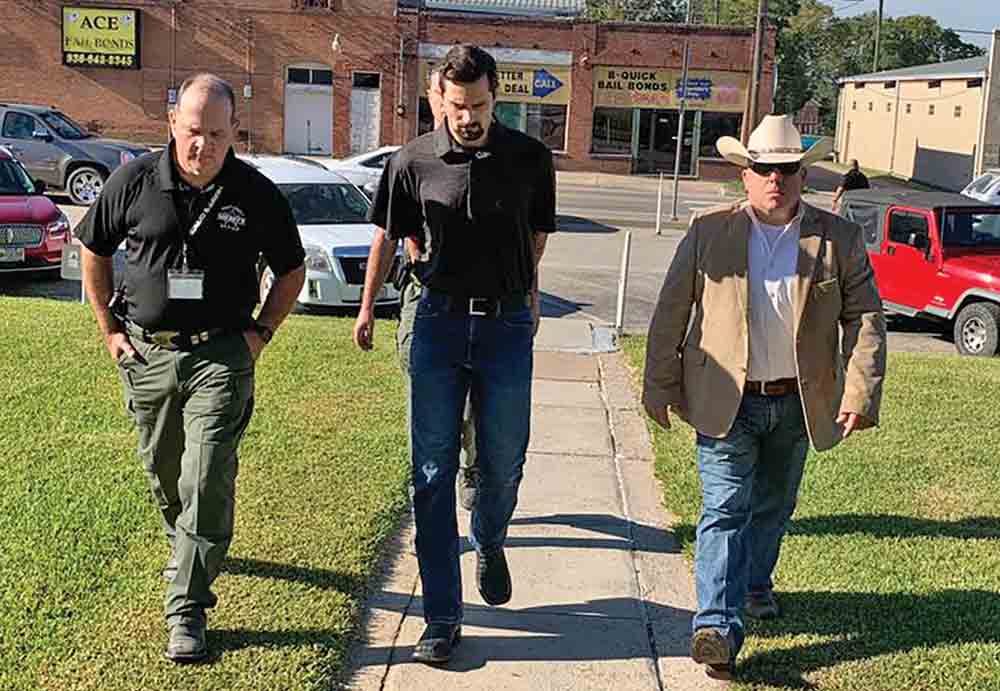 GROVETON — Blake Partain, arrested in March 2021 in connection with the death of 29-year-old Chelsea McBride, pleaded guilty Monday to a charge of intoxication manslaughter, a second-degree felony.

The 31-year-old and was sentenced to 12 years in prison, and as a condition of his plea, Partain waived the right to appeal and was immediately taken into custody.

Sheriff Woody Wallace said the family of the victim worked very closely with the District Attorney’s Office in reaching the plea agreement.

According to reports from the Department of Public Safety, troopers were notified of a one-vehicle crash on FM 357, about 2 ½ miles north of Apple Springs, at about 2 a.m. on March 7, 2021.

The reports indicate Partain was the driver of a 2008 Dodge pickup, and that Chelsea Renae McBride was a passenger.

Partain was traveling north at an unsafe speed when he drove off the roadway to the right, then crossed back over the roadway and struck a tree. The pickup then caught on fire.

McBride was pronounced deceased at the scene by a Trinity County Justice of the Peace, the report states.

During the investigation, Partain was determined to be intoxicated and taken into custody.