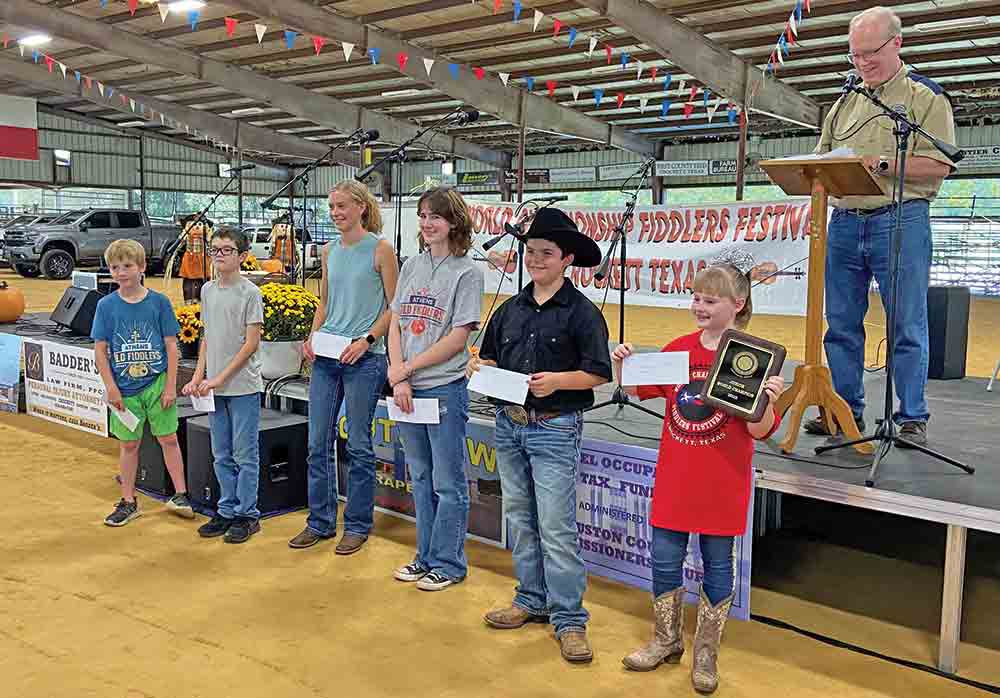 CROCKETT – At the Annual Fiddler’s Festival held at the Porth Agricultural Arena on Saturday, September 24, a new Champion was announced. After a long, hot, music-filled day at the arena, judges chose Roberta Rast Smith as their new World Champion Fiddler.

Thirteen contestants vied in the Open Category for the title of World Champion Fiddler.

It was a hotly contested race, with many of the fiddlers called back to perform before the judges several times. The final three were called back twice before the champion was announced. First place went to Roberta Rast Smith. Katrina Nicolayeff, the favored to win, took second place, while third place went to Carl Hopkins. Other winners in the Open category were Marty Elmore, River Lee, Shira Ellisman, Jason Andrews, Nathan Pednaught, Rebecca Glass, Jessica Henderson, Aimee Peterson, Kevin Freeman and Huey Buxton.