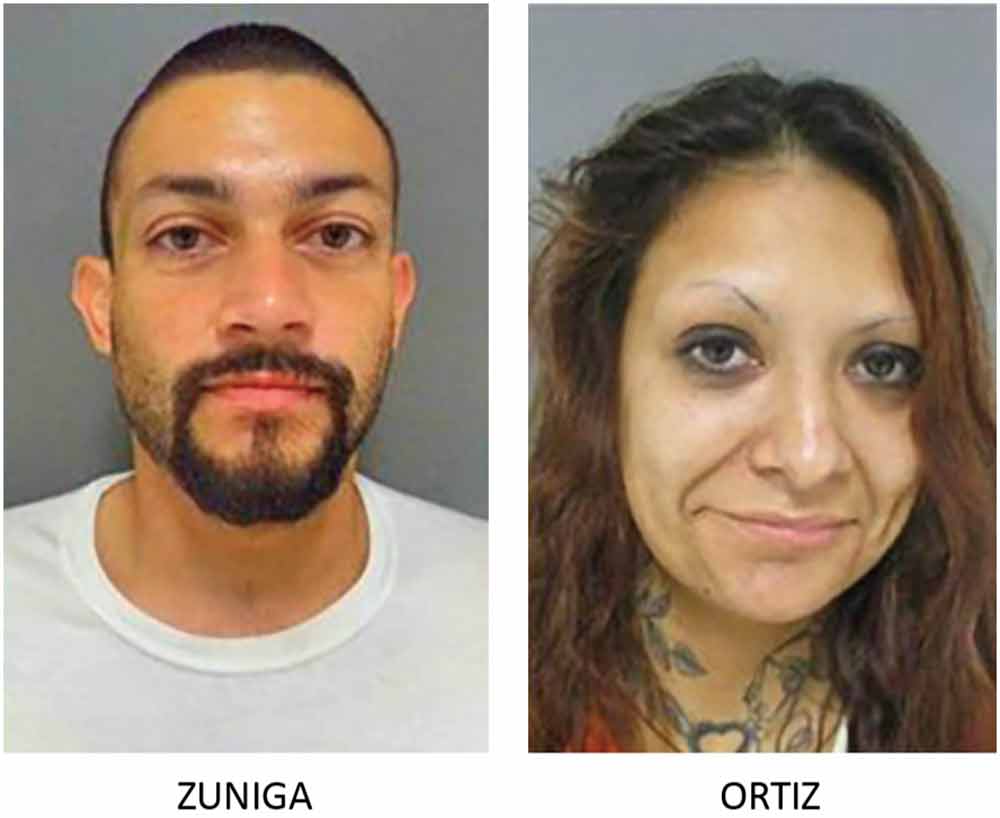 HOUSTON COUNTY — A Houston County Jail inmate who, according to officials, was aided in his escape by his girlfriend, was captured last week.

According to Houston County Sheriff Randy Hargrove, Miguel Zuniga, who was in custody on drug charges, was apprehended by the Corsicana Police Department on Wednesday at around 2:30 p.m.

Zuniga’s girlfriend, Melissa Peal Ortiz, who met him and provided the means to escape, allegedly, was caught at 7:20 p.m. the same day by Corsicana police.

Zuniga was reported as missing at 1:49 a.m. on Wednesday morning, when he was last seen on camera by Houston County Sheriff’s Office deputies.

Hargrove thanked the Corsicana lawmen and all of the other agencies who responded to the call and worked to help apprehend the fugitive and his accomplice.

“Law enforcement agencies in Houston County work together to make things happen. It’s what we do,” Hargrove said. “Thanks again for everyone’s concern and support.”

Hargrove also wanted to thank Heath Murff, who serves as the county’s Emergency Management Coordinator. “He did an awesome job helping get the word out,” Hargrove said. “He stayed with us the whole time.”

Agencies that worked on the case along with HCSO and Corsicana PD include Houston County Constables Office Pct. 1 & 2, Houston County jailers, dispatchers and deputies, Grapeland Police Department, Texas Department of Public Safety and the Texas Rangers.

According to reports, Zuniga was cleaning the jail lobby, as he had attained trusty status. When a jailer’s back was turned, Zuniga bolted out the door.

Hargrove said Zuniga’s initial sentence would have been six months for a low grade felony drug charge but after getting captured again, he could serve 15 years.