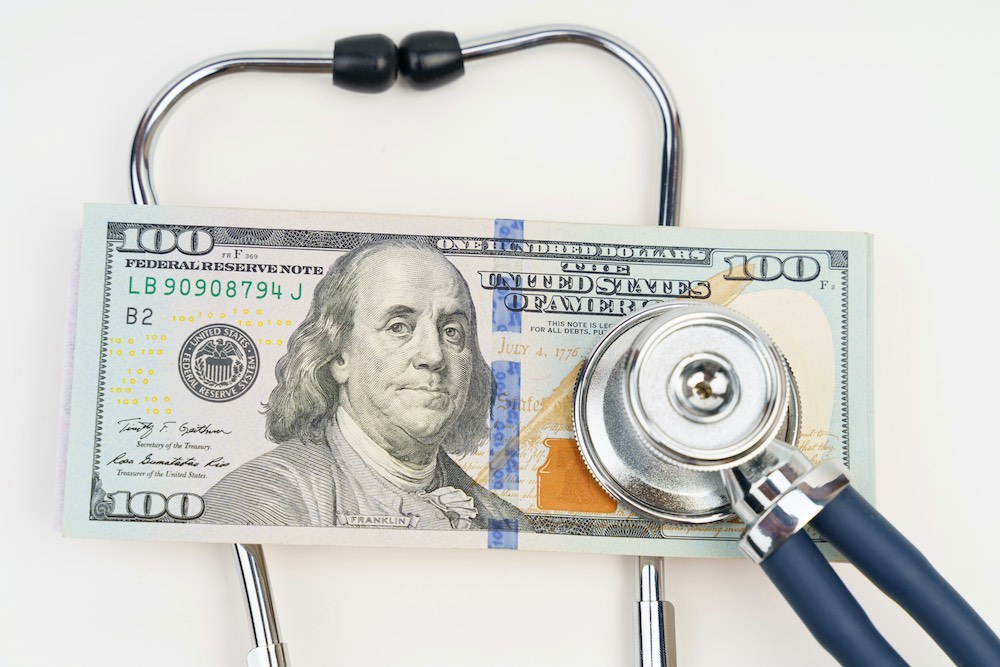 CROCKETT – The hot topic of the Houston County Hospital District meeting held on August 16 wasn’t the scorching 100-degree temps – it was determining the tax rate for the upcoming fiscal year.

Prior to the impassioned discussion on tax rates, board members heard from representatives from the Texas Organization of Rural & Community Hospitals (TORCH), which is an organization founded in 1999 for the purpose of creating a telecommunications infrastructure and network for rural hospitals in Texas.

TORCH representatives John Henderson, President and CEO, Brandon Durbin, and Brent Fuller shared information and statistics about rural hospitals. There are 158 what are termed “rural” hospitals in Texas. The state definition of rural is a county population of 60k or less.

Crockett Medical Center is a ‘critical access’ hospital, which is a valuable asset for the community and surrounding areas. Henderson remarked about the hospital, “You’ve done something very uncommon. Maybe not unprecedented, but uncommon – which is to have a rural hospital that was closed to reopen and stay open. And it would have been hard to do that without your critical access designation.” The TORCH representatives also answered questions on IGT (Indigent Care Trust) and uncompensated care costs. When President Barbara Crowson asked Henderson if they could provide the board with a list of thriving rural hospitals that they could “visit and find out what they’re doing that we’re not doing, or for options that make our hospital even better,” Henderson responded that “most rural hospitals aren’t striving, they’re struggling. They are operationally challenged.” Henderson commended Crockett on having both a critical access hospital and one that offers surgery. In his experience, he said most rural hospitals don’t.

After hearing the presentation by TORCH, the meeting moved on to the topic of the tax rate for the upcoming fiscal year.

It was evident at the hospital board meeting that members are divided on the tax issue. As soon as President Cowson announced the agenda item to discuss and take action on the intended tax rate, Carole Dawson motioned to adopt a 13% rate, which is the same as last year’s rate.

In anticipation of a dispute, Crowson reminded the board, “When we declare our intent tonight, we can always go down on the intended rate, but we cannot go up.” The board plans to have hearings so the public can express their opinions on the rate, and that is when the board will vote on the rate.

Rhonda Brown read a prepared statement supporting her recommendation to decrease the tax rate to $0.11. “The district’s budget can be easily met with an eleven-cent tax rate with a surplus for any unforeseen events that might arise. I am not in favor of asking the citizens of Houston County to pay more taxes when, in fact, eleven cents will easily meet our commitments and still allow for a rainy-day fund.”

Concerns over lowering the tax rate appear to center around negotiations with Dr. Kelly Tjelmeland and his contract renewal which will take place in January. As Crowson stated, the initial contract is five years old, so they expect some changes. One of the anticipated requests could be the repair of the hospital roof, which according to reports, has severe damage and is in dire need of repairs. Several board members have gotten loose estimates on the cost of replacing the roof. The bids ranged from upwards of $500k to over a million dollars for the replacement.

Although Dina Pipes pointed out that the roofing repairs were not on the agenda, Crowson replied that “All these comments are made because I feel that if we know the figures of a major repair like the roof, we would be more able to understand why our tenant might have a difficult time with those numbers in addition to all the equipment he’s already brought into the hospital.”

Pipes defended the reduction of taxes to eleven cents, arguing that she felt that since there will be a $200k cash carryover and $390k for maintenance and repair, that would fund $500k for roof repairs. When asked if an 11% rate would support the 2023 fiscal budget, Dick Murchison, the board’s accountant, said, “That is correct.”

Proponents for maintaining the 13% rate argue that $500k is not enough to cover roof repairs and any other unforeseen expenses that might arise. “And since rural hospitals are struggling,” voiced Dawson, “we’ve got somebody [Tjelmeland] and we need to do everything we can to keep him.”

After much discussion, the board voted on the motion to declare their intent to keep the tax rate at 13%. Those voting against were Rhonda Brown, Harvey Bruner, Roy Langford and Dina Pipes. Those voting for the 13% were Pam Ainsworth, Debbie Kelly, Carole Dawson, and John Stovall. The tie-breaking vote was made by Barbara Crowson, who voted yes. Looking at the calendar, Crowson suggested they set the public hearing meeting to discuss the tax rate for Tuesday, Sept. 6.

Regarding the agenda item approving the budget, Murchison stated that he had prepared a budget that reflected all three proposed tax rates - $0.11, $0.12, and $0.13, with the overage in each instance going towards the “Repairs and Maintenance” line item. By comparison, at a tax rate of eleven cents, the repair and maintenance line item expense would allow $389,696; at twelve cents, the allowed expense for repairs would be $540,967, and at the proposed thirteen cent rate, the expense to cover repairs would be $692,239.

Because the tax rate is still undecided, but the intent was declared at 13%, the board approved that specific budget. Crowson explained that after the final adopted tax rate is decided, the board can go back and accept the budget that coincides with the approved tax rate.