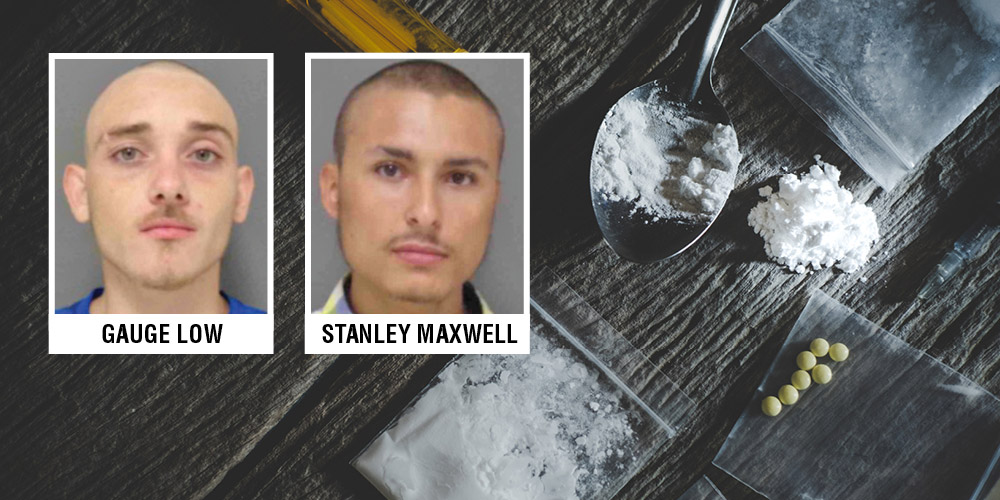 Two Crockett men have arrested after it was found they were in possession of controlled substances.

On Aug. 2, around 7:50 a.m., officers with the Crockett Police Department conducted a traffic stop near 2nd Street and East Houston Avenue on a Dodge Durango for a traffic offense.

During the traffic stop investigation, the officers were able to obtain probable cause to search the vehicle where they found a loaded syringe and clear baggie with what was suspected to be methamphetamine.

The driver, Stanley Maxwell, 19, from Crockett, was arrested for possession of less than a gram of controlled substance in a drug-free zone, a third-degree felony, and a Class C misdemeanor of possession of drug paraphernalia.

The passenger, Gauge Low, 19, of Crockett, was arrested for possession of controlled substance in a drug-free zone,  a third-degree felony, as well as several Class C misdemeanor warrants he had out of the City of Crockett.