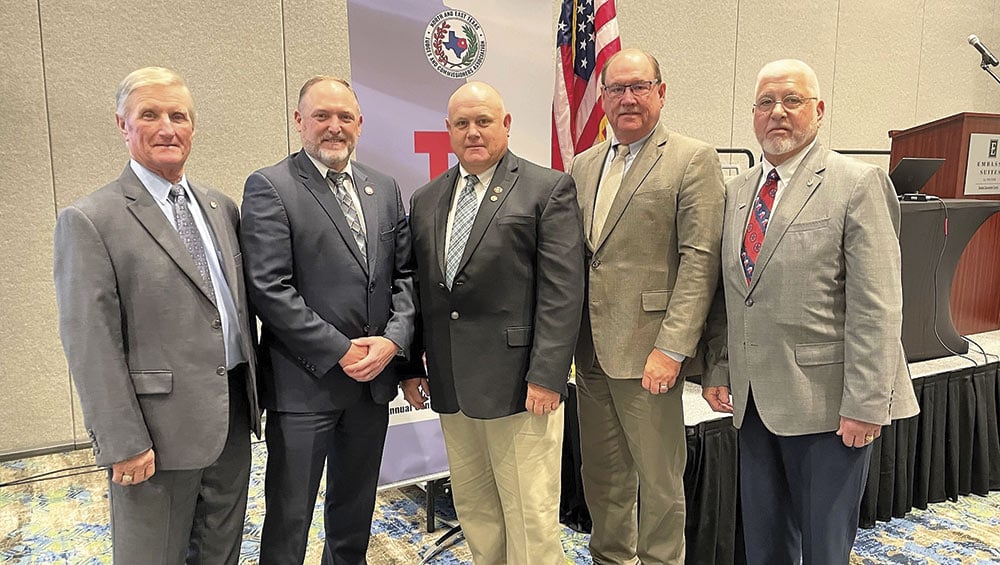 By Julie Anderson
Special to the Courier

County officials applauded Lovell as he took his oath of office during the North & East Texas County Judges and Commissioners Association Annual Conference conducted July 11-14 in Denton at the Embassy Suites hotel and convention center.

The CJCAT is a statewide organization comprised of County Judges and County Commissioners with more than 1,200 active members. Both the CJCAT and its regional associations promote the interests of county government through continuing education and active participation in governmental affairs, particularly the Texas Legislature.

“The people of Texas and the members of the North & East Association will be well served by the leadership provided by Judge Lovell and the other officers,” said Jim Allison, general counsel to the CJCAT.

“We look forward to a successful year for the organization,” he added.

According to the CJCAT website, the annual conference focused this year on “providing valuable information to support county government and aid commissioners courts in all they do in Texas for Texans.”

Topics, such as public information requests, road maintenace and emergency management were spotlighted during the four-day event.

Attendees also got the opportunity to enjoy a golf tournament and plenty of netowkring opportunities.