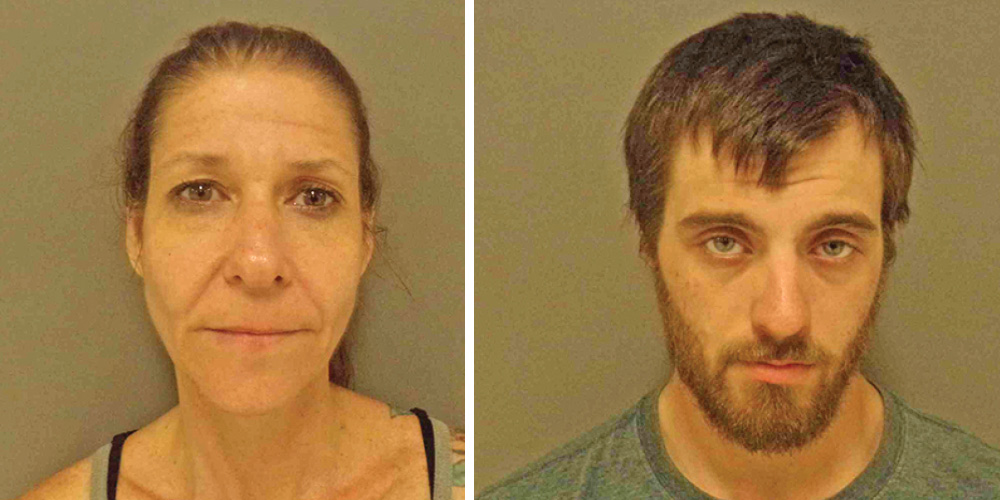 CROCKETT – Crockett Police are reporting that two Crockett residents were arrested on Sunday, July 17, and charged with a variety of offenses, including operating a stolen motorcycle.

According to Crockett Chief of Police Clayton Smith, a CPD officer met with an individual on Sunday afternoon, who reported their motorcycle as stolen earlier last week, and had more information about it.
“While the officer was speaking with the victim in the parking lot [of the Sheriff’s office] the motorcycle in question drove past them,” Smith said.

The officer stopped the motorcycle on South Fourth Street, and identified the driver as Cordell Heath Ferguson, a 26-year-old Crockett man and a passenger, Brandi Michelle Soape, 46, also of Crockett.
Smith said the motorcycle had been painted blue, and the VIN sticker on its frame was destroyed, however, asecondary VIN number was located in another spot on the bike and verified as the stolen motorcycle in question.

Both suspects are still in custody of the Houston County Jail.