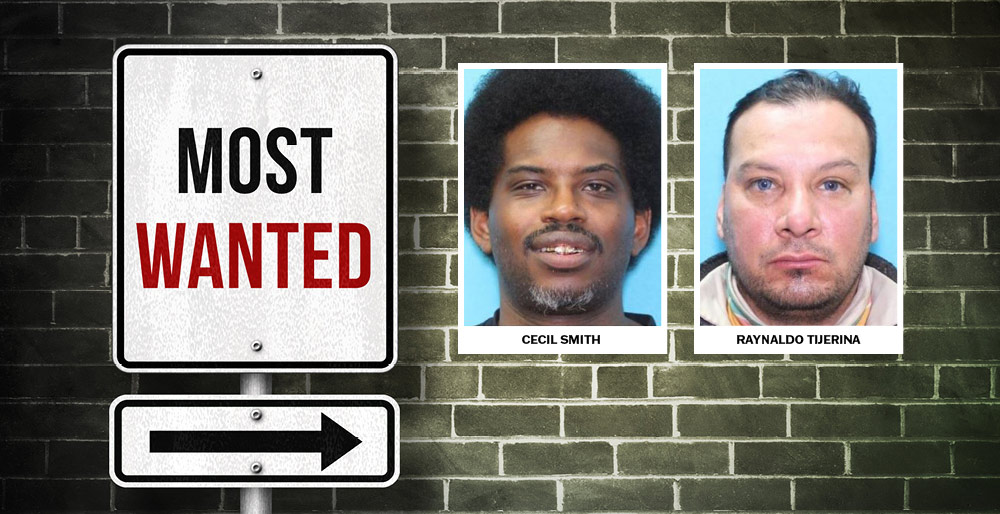 Raynaldo Farias Tijerina, 44, is affiliated with the Tango Blast gang. He’s been wanted since October 2021, when the Bexar County Sheriff’s Office issued warrants for his arrest for invasive visual recording and possession of child pornography. The Texas Board of Probation and Paroles issued a warrant for Tijerina’s arrest the following month for a parole violation.

Tijerina is 5 feet 11 inches tall and weighs about 195 pounds. He has tattoos on his face, neck, abdomen, left arm and left leg. He has brown eyes but may wear colored contacts. For more information or in the event of his arrest, view his wanted bulletin.

Smith is 6 feet tall and weighs about 185 pounds. He has tattoos on his left cheek, neck, chest, both arms, both wrists and left hand. In addition to Dallas, he also has ties to Longview, Amarillo and the state of Oklahoma. For more information or in the event of his arrest, view his wanted bulletin.
Texas Crime Stoppers, which is funded by the Governor’s Criminal Justice Division, offers cash rewards to any person who provides information that leads to the arrest of one of Texas’ 10 Most Wanted Fugitives or Sex Offenders. So far in 2022, DPS and other agencies have arrested 32 people off the lists, including 14 gang members and 18 sex offenders. In addition, $54,000 in rewards has been paid for tips that yielded arrests.

To be eligible for cash rewards, tipsters MUST provide information to authorities using one of the following three methods: Call the Crime Stoppers hotline at 1-800-252-TIPS (8477).

Submit a web tip through the DPS website by selecting the fugitive you have information about and then clicking on the link under their picture.
Submit a Facebook tip by clicking the “SUBMIT A TIP” link (under the “About” section).

DPS investigators work with local law enforcement agencies to select fugitives for the Texas 10 Most Wanted Fugitives and Sex Offenders Lists. You can find the current lists — with photos — on the DPS website.