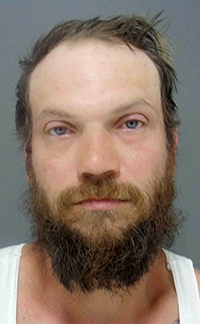 Glenn SikesCROCKETT – A Lovelady man was arrested on Saturday after allegedly crashing a vehicle into the side of a house in Crockett.

According to Crockett Chief of Police Clayton Smith, officers with Crockett PD, along with firefighters from the Crockett Fire Department and Houston County EMS personnel responded to what, initially was reported as a housefire, on Saturday night. The incident was reported along the 600 block of Parkway Street.

The responding officers arrived to discover that the house was not, in fact, on fire, but that a white 2007 Toyota Highlander had crashed into the side of the structure.

The vehicle’s driver, identified as 33-year-old Glenn Edward Sikes, was located on the scene. The investigating officers learned that Sikes was at Davy Crockett Memorial Park, and left the roadway on Brazos Street near the park’s fishing ponds.

After leaving the roadway, Sikes traveled through a ditch, into a small, wooded area and finally, crashed into the side of the house.

Smith said that the home was unoccupied at the time and nobody was injured.

On the scene, Sikes showed signs of intoxication and was placed under arrest for Driving While Intoxicated, with a breath alcohol concentration of greater than 0.15, which is a class A misdemeanor charge. He was also charged with criminal mischief; driving while license invalid and was found to have two class C misdemeanor warrants from the City of Crockett for his arrest.

The criminal mischief charge is of a State Jail Felony level. At press time, Sikes remains in the custody of the Houston County Jail. According to booking information, his collective bonds total $10,356.