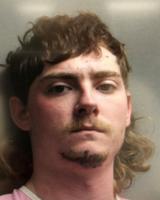 Matthew EdgarBy Chris Edwards
This email address is being protected from spambots. You need JavaScript enabled to view it.

SABINE COUNTY – A regional manhunt continues for a Sabine County man who was sentenced last week to 99 years in prison for murder.