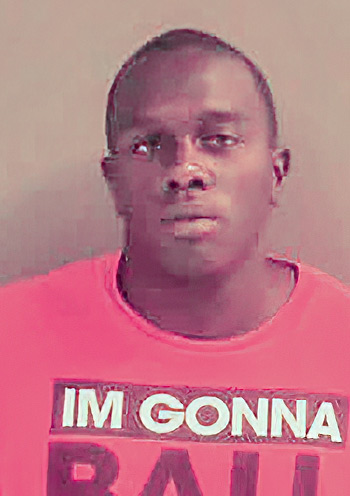 FORT WORTH – The Crockett Police Department announced last week that a wanted man was taken into custody in Fort Worth.

In addition to the numerous felony and misdemeanor warrants had had out for his arrest, Beasley was also charged with multiple felony drug offenses in Tarrant County, according to Crockett Chief of Police Clayton Smith.

The search for Beasley began in Crockett when Crockett police responded to an incident on the morning of Dec. 27. The officers were responding to an assault call, and the victim identified Beasley as the suspect.

Beasley has pending charges for unlawful possession of firearm by felon (a third-degree felony) and aggravated assault with a deadly weapon (second-degree felony) as a result of the incident in December.

Beasley was also wanted by other law enforcement agencies in the region for the following charges: Unlawful Possession of a Firearm by Felon; Deadly Conduct- Firing Weapon; Assault Family Member/ Impede Breath/Circulation; Injury to a Child; TDCJ Parole Warrant (Injury to a Child – two counts); Theft of Firearm; Possession of Marijuana and Unlawful Carrying of a Weapon.

He remains in custody at the Tarrant County Corrections Center on three felony drug charges for manufacture/delivery of a controlled substance, with bonds totaling $40,000.

“We appreciate all assisting agencies and the numerous tips provided about his whereabouts,” Smith said.