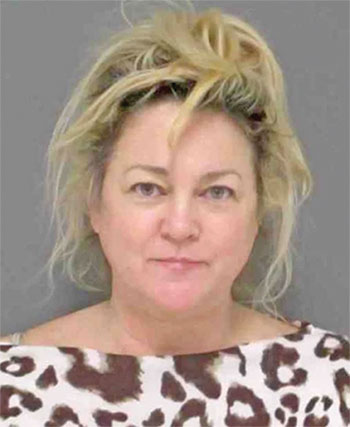 CROCKETT – A woman was arrested last week in Crockett, charged with attempting to purchase a child.

According to a probable cause affidavit, the charge given to 50-year-old Rebecca Lanette Taylor, stems from an incident that occurred on Thursday, Jan. 13 inside of Walmart.

Taylor, who was arrested last Tuesday, allegedly approached a woman and her two children at the self-checkout section of the store.

Taylor allegedly inquired to the woman as to how much she could purchase one of the children for and made comments about the child’s blonde hair and blue eyes.

According to the affidavit, one child was an infant in a car seat and the other a one-year-old boy.

The child’s mother thought Taylor was joking, but she allegedly told her she had a quarter of a million dollars in her car and would pay that amount for the child.

The mother told Taylor that she would take no amount of money for her son and told her to stay away from him.

According to Crockett Police, the child’s mother stated that Taylor was with another woman, and that the women knew the child’s name, and began calling him by his name.

The mother later encountered Taylor in the Walmart parking lot, who allegedly screamed at her; saying she would give her $500,000 for the child, according to the affidavit.

Eventually, Taylor left in a black SUV and left, and the mother left the area while notifying law enforcement.

The surveillance footage from Walmart corroborated the mother’s account of the incident, and police officers were able to identify Taylor from the footage.

Initially, after questioning her about the alleged incident at her residence in the 100 block of East Homewood, Taylor told the officer who wrote the affidavit that she does not like thieves and told the officer to speak to her attorney and “get off her precipice,” before slamming the door shut.

Police obtained an arrest warrant and arrested her. She has since bonded out of jail. The charge issued, which is sale or purchase of a child, is a third-degree felony. If convicted, Taylor could face a minimum sentence of two years behind bars and/or a fine of up to $10,000.

Crockett Chief of Police Clayton Smith said that despite the rural setting of the City of Crockett, it is not exempt from such incidents. “We appreciate the mother coming forward to report this incident,” he said.

“Our citizens must remain vigilant to ensure they do not fall victim to incidents of such nature,” he added.

Smith said that as incidents of such nature become increasingly common, nationwide, local law enforcement is committed to the safety of the community “and especially our children.”