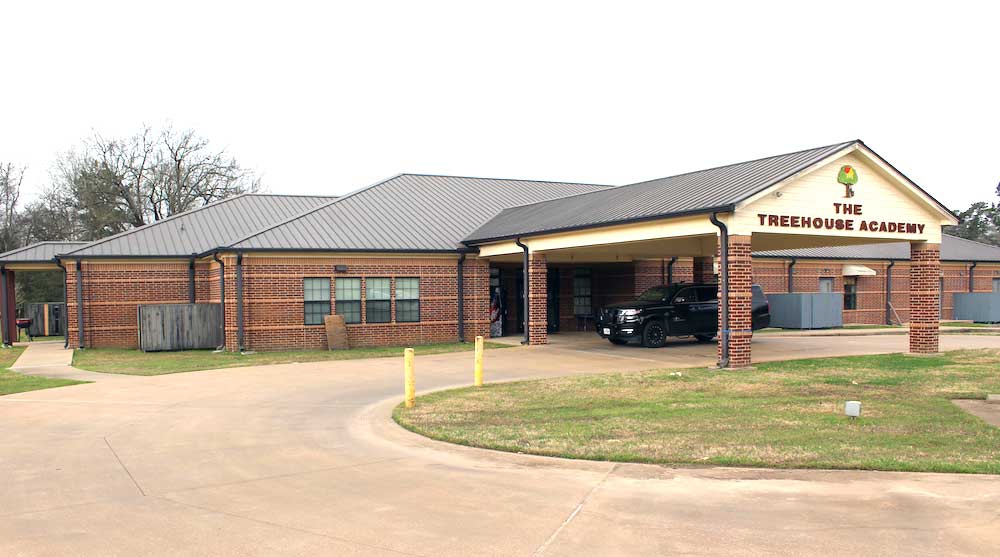 Exterior of the Treehouse Academy a daycare in Crockett, Texas (Alton Porter/Hcc Photo)

CROCKETT – A group of Houston County parents have filed a lawsuit in Montgomery County against a Crockett-based daycare center.

Earlier in the year, a series of videos were shared to social media, alleging incidents that took place inside the facility and had parents and residents voicing concerns online.

Paola Mendez, one of the plaintiffs, is a former employee of Treehouse Academy, and also had children under the facility’s care.

Last year, an investigation was conducted into the facility, and resulted in criminal charges against three past employees, but was ultimately no-billed by a Houston County grand jury last December.

Mendez shared videos to Facebook, which were not among the evidence presented to the grand jury. She and the other parents hoped to have their cases reopened under a different charge, but the attorney they were talking to did not take the case.

Initially, Mendez said she did not wish to be part of a lawsuit but decided to join in and pursue it after she was fired from the facility. The plaintiffs are being represented by Bradley Leger, with the Houston area Leger, Ketchum & Cohoon firm. The defendant is being represented by Aaron Pool, of the Houston-based Donato, Brown, Pool & Moehlmann firm.

Leger said that the facility violated the parents’ trust by failing to protect the children. “These parents trusted this childcare center to provide quality care for their children in a safe environment,” Leger said.

A call to Pool was not returned at the time of this story being published.

Mendez, who spoke to East Texas News in May, said that she began noticing her two-year-old son crying and behaving strangely at home, prior to the investigation beginning last year and prior to her viewing the first surveillance video that surfaced.

She noticed scratches on her son’s chin, as well, when he was a baby, but did not think anything of it, and ignored bruises and bumps, which she assumed was from rough play.

Mendez said her son would start crying, shaking and hiding. She said that her son was scared of two of the workers who were charged last year, and said she feels guilt for not recognizing what was happening to her son. “A daycare is supposed to be a safe place for your kids, not their worst nightmare,” she said.

In the later footage that surfaced, all of the individuals’ faces are obscured by emoticons in order to protect privacy, and incidents of alleged dragging and hitting of children are depicted.

In one of the videos, viewed by the Courier for a story on the facility in the May 13 edition, an individual is heard saying “Stop all that whining” and a slapping sound can be heard in another video. The videos appear to be cellphone captures of a surveillance feed.

The lawsuit alleges, along with the physical and verbal abuse, that the facility also was in violation of state-required standards.

Also of note, corporal punishment is not permitted in daycare facilities in the state of Texas. According to the facility’s handbook given to parents for the year 2020-21, on page 17, Treehouse’s overriding philosophy as to behavior guidance is that “children are important,” and as such the facility’s staff is to protect the safety of the children.

Among the actions forbidden by Treehouse staff members, according to the document are physical or mechanical restraint, subjection of a child to emotional or physical abuse and under the header “Discipline,” it states that corporal punishment will not be used as a form of punishment at the center.

The trial is scheduled for April 4, 2022 in the 284th District Court, before Judge Kristin Bays.