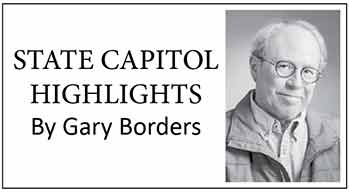 The state’s power grid could still be at risk under extreme winter conditions, according to the Electric Reliability Council of Texas, but should operate fine under normal conditions.

The Seasonal Assessment of Resource Adequacy, issued Friday, said the grid can meet normal and even moderately challenging weather conditions but could break down if the state faces winter storms such as occurred last February.

During Winter Storm Uri, much of the state experienced prolonged blackouts.

“We expect there’s a 10% chance that demand will exceed what ERCOT considers to be their extreme peak load scenario,” Andrew Dessler, a professor of atmospheric sciences at Texas A&M who has been researching the grid, told KUT.org. “In my opinion that’s not a great worst-case scenario. One in 10 things happen all the time.”

KUT reported recently that natural gas producers and suppliers can opt out of any mandates to winterize their production facilities, while power plants must do so under a bill passed by the Texas Legislature during the regular session.

Gov. Greg Abbott and GOP legislative leaders announced Friday that $4 million has been shifted from the state prison system to the secretary of state’s office to pay for county election audits as required under the state’s new elections law.

The Dallas Morning News reported the secretary of state’s office, which is under the governor’s control, would create an Election Audit Division that could conduct random county audits of elections under the new law.

“Ensuring the integrity of our elections is critical to our democracy, and the Texas Secretary of State’s office deserves the resources and support needed to thoroughly complete this ongoing task,” Abbott said.

Abbott said the audit of Dallas, Harris, Tarrant and Collin counties is “the largest forensic audit in the country.” Former President Trump called for a statewide review of the 2020 presidential election despite winning the state by more than 600,000 votes.

Abbott directed National Guard and Department of Public Safety troops to place about 20 large shipping containers along the banks of the Rio Grande to form a “steel curtain” to prevent illegal crossings from Mexico.

The Houston Chronicle reported the move came while the world is facing a shortage in shipping containers that is contributing to the supply chain disruptions being experienced as a result of pandemic-related shutdowns.

The shipping containers were placed next to the international bridge at Eagle Pass.

“Large shipping containers, resources, and personnel are being used to protect communities and property owners. Texas is securing the border,” Abbott said in a tweet.

The Texas Parks and Wildlife Department begins its annual stocking of more than 350,000 rainbow trout throughout the state this week, a program that continues until early March.

“TPWD stocks catchable-sized fish during winter months to create angling opportunities throughout Texas,” Carl Kittel, rainbow trout program director, said. “Rainbow trout love cold water, can be caught on a variety of baits and lures and are great to take home and eat. Our winter rainbow trout program has been a favorite with anglers for over 40 years.”

TPWD manages 18 neighborhood fishing lakes in the state’s major urban areas, as well a number of city- and county-managed park ponds. Anglers are encouraged to take their daily legal limit, because the trout can’t survive in the state’s summer heat.

The number of Texans who are fully vaccinated totals 15.78 million, which is 54.1% of the state’s population, according to DSHS. In addition, 2.42 million people in the state have received an additional dose of the COVID-19 vaccine.