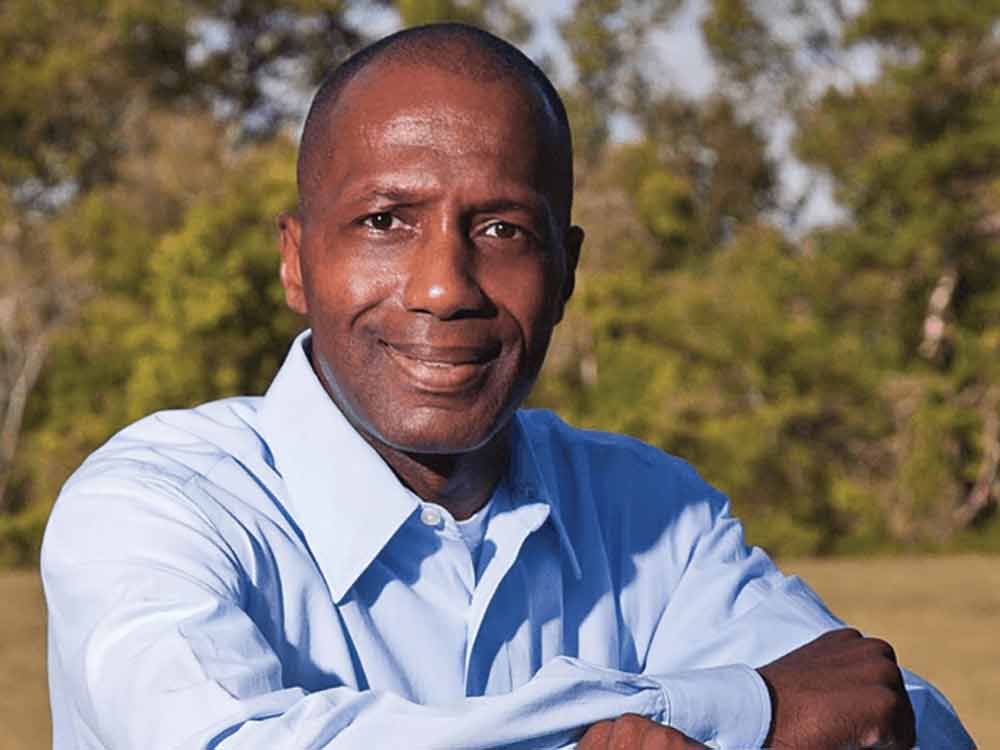 CROCKETT – On Thursday, Nov. 4, State Representative James White spoke to a group of Republican voters regarding his bid for the position of Texas Agriculture Commissioner in the upcoming 2022 election.

During the meeting held at the Moosehead Café in Crockett, Representative White shared his personal history. A native Texan, White graduated from Prairie View A&M in 1986, serving in the U.S. Army from 1987 until his honorable discharge in 1992.  White began his stint as a public school educator in the Houston area and continued teaching in the Fort Bend, Livingston and Woodville school districts.

In 2010, White was elected to the Texas House of Representatives. In 2015, the Texas Justice of the Peace and Constable Association voted White as their Legislator of the Year. In 2019, White garnered recognition as Texas Monthly Magazine’s “Best Legislator.” He has received awards from numerous associations, such as the Texas Association of Business, Texas Eagle Forum, American Conservative Union, Texas Right to Life, and the National Federation of Independent Business.

Currently, White serves as Chairman of the House Committee on Homeland Security and Public Safety and sits on the Corrections and Redistricting committees.

Representative White shared his vision for working with local constituents to improve communication and representation in the Agricultural Department. He spent an hour answering questions from the audience on topics from flooding in the Trinity River to Homeland Security involvement at the border.

The Texas election for Agriculture Commissioner will take place on November 8, 2022. The primary is scheduled for March 1, 2022, where Representative White will be competing with incumbent Sid Miller, who has held the position since 2015.