A Peter Criss and Paul Stanley sighting in Colmesneil? Well, maybe not, but these two Colmesneil residents could’ve been mistaken as members of KISS at the recent homecoming parade. Can you guess who they are? There’s no prize or anything for the correct answer but give us your guesses and we’ll publish them in the next edition. COURTESY PHOTO By… 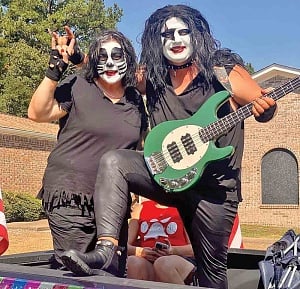 Alicia Rosas dances in the Hispanic Heritage celebration held in the city park on Saturday. A group of dancers from the St. Francis Church Ballet performed traditional folklore dancing during the event. PHOTO BY RON FOREHAND 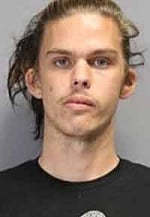 Katrina NikolayeffBy Jan Whitejan@hccourier.com CROCKETT – In 1970, Joe Angle penned an article for the East Texas Historical Journal entitled, “The World’s Champion Fiddler’s Festival in Crockett: An East Texas Tradition.” In the article, Angle wrote of the event: “Every year in the small East Texas town of Crockett, fiddlers from around the…

Midland, Ft. Worth fugitives added to Most Wanted

EAST TEXAS – Deep East Texas Council of Governments (DETCOG) is now taking applications for funding of Solid Waste Projects for FY 2023. Funding for this program is provided through the Texas Commission on Environmental Quality (TCEQ). Applications for projects in the following categories will be accepted: Local Enforcement, Litter and Illegal…

By Chris Edwardsnews@tylercountybooster.com PORT ARTHUR – The trial of a Warren man, with a history of numerous sex crime convictions, began on Monday, for a 1988 murder. Sixty-three-year-old Daniel Andrew MacGinnis, who was arrested in August of 2019 for the murder of Patricia Ann Jacobs, is being tried for first-degree murder in the Jefferson…

"We all make the decision to change the CEO too late, right? No matter how many times you've done it, we're always in the situation. We're always waiting longer than we should wait. And I'm very cognizant of that after all those years [as a venture capitalist]. And in sports, it's no different than a business. You really kind of have to get ahead of it."Memphis Grizzlies

Seth Curry (25 points) and Tobias Harris (24 points, 15 rebounds) picked up the slack without Simmons and Milton.

The challenge is shifting preconceived notions after a superstar ascension surfaced. These revamps have not thrust him into the MVP spotlight as so many expected. Doncic is not quite there, but his embrace of refinements is critical. It will be prominently displayed whenever he climbs another step in his development, whether it’s an MVP trophy, historic playoff run or whatever the “next step” qualifies as.

The Bulls aren’t blessed with a great deal of young talent that can help satisfy New Orleans’ desire to continue building around Zion Williamson and Brandon Ingram. Instead, they’ll need to rely on a wily veteran to be the centerpiece of the deal.New Orleans Pelicans

Tatum was forced to miss five games in mid-January with COVID-19, while his team sat out of action an entire week and couldn’t even field the necessary number of athletes to play thanks to the virus. His return to action was Jan. 25, but that doesn’t mean life went back to normal.

James, though, reached a personal milestone during the loss, becoming just the third NBA player to top 35,000 points. With 35,017 points overall, James joined Kareem Abdul-Jabbar (38,387) and Karl Malone (36,928) as the only players to achieve the feat.Brooklyn Nets

"It's rare when you say this, but we needed every point tonight," 76ers coach Doc Rivers said. "You know, we struggled. Other than really Tobias and Joel, we just couldn't get anything going. We were having one of those nights. ...Those two guys put us on their backs tonight and won the game for us."Washington Wizards