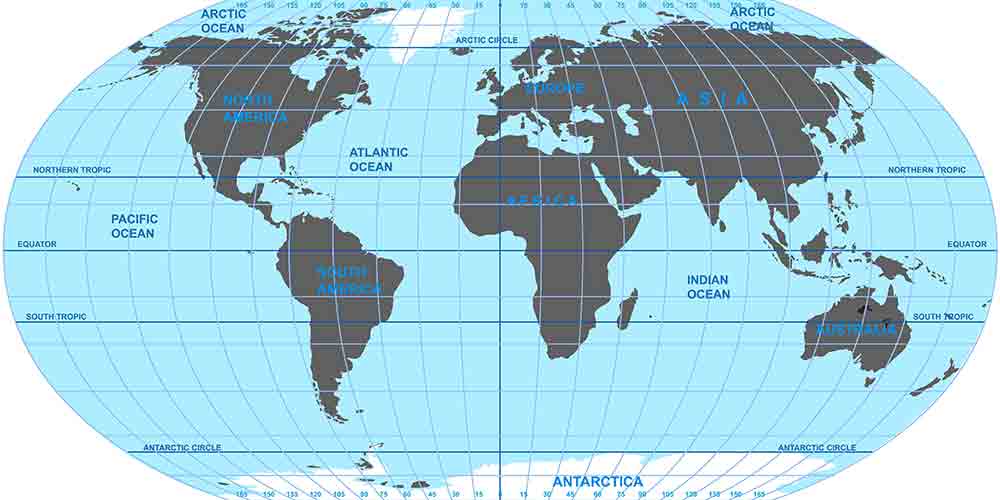 My home in Chester is at latitude 30.9269 North in the northern hemisphere on the continent of North America.  The latitude number used to mean nothing to me.   In elementary school I had spun colorful basketball size globes and observed a line going through the exact middle of our planet, but it was just another of those lines that marked “latitude.” On a recent trip from Barbados travelling along the coast of Brazil to Rio de Janeiro, I crossed the equator, that significant middle line, and found myself in the southern hemisphere. I’d never been in the southern hemisphere before, and it felt different.

My brother Joe asked me what felt different.  I had to give that some thought before I could answer, “Everything!”  To understand what I mean, the reader will need some details.

I did remember that the Amazon is the largest river in the world and I knew how important the Amazon and its fragile rainforests are, but I had never looked closely at an entire map of Brazil and South America or studied much about it. Thanks to enriching presentations by interesting scientists and other experts, plus informative excursions led by local guides and many footsteps visiting sites in old Brazilian cities with obvious Portuguese influences, I learned a lot about South America’s history and culture. I also had the opportunity to see a number of its fish, birds, and mammals.  The Portuguese did not come to settle our North American continent, and we do not naturally have native tropical birds or monkeys.  There is a lot that is different about South America.

Onboard was a doctor of oceanic geology.  Twice during the cruise, she launched NOAA weather balloons and at most locations where the ship anchored offshore, she put down a crab like device that had an underwater camera and lights, plus bait to attract fish.  At any time, we could go view the large screen in her expedition area of the ship and see what was going on in the water below.  The big Moray eel that got curious and showed up was amazing to watch, as were the many different fish swimming leisurely by.  That was South America under water!

From a historian on the ship and local guides and historical sites onshore, I realized how very different the history of South America is from North America.

From the 1500’s until 1815, Brazil was the seat of the empire of Portugal. The Catholic churches we visited built during that era are resplendent in gold.  Those facts reminded me of the difference between the ways our two countries were settled.   The Spanish and Portuguese travelled to South America solely to enrich their empires, to take advantage of its resources, which were initially wood and gold.    On the other hand, our country was settled at its beginning by people desiring to make a new home and find new opportunities.  That history gives South America a different feel.

The cities of Brazil that we visited are very different from any city I have seen in the United States.  We visited the coastal cities of Belim, Salvador de Bahia, Recife and Rio de Janeiro, all with millions of residents. About twenty percent of the upper class live in high-rises along the beaches, but the majority of the population live tightly in the hills behind the high-rises, some in very, very poor circumstances.  While we shop mainly in stores and supermarkets, the majority of people in these cities shop in big, busy, colorful markets.   Freshly caught fish lie on ice ready for purchase; noisy live ducks and chickens are for sale.  Native arts and crafts are laid out for tourists.   Fresh fruits and vegetables of all kinds and colors are set out in aisle after aisle, and there is no escaping the aromas.

One of the beauties of travel is to experience different foods.  For example, take acai, one of the “superfruits” of the world. A fruit that grows on a palm tree and resembles a blueberry, it is full of antioxidants. It’s sold here in powders and capsules, or it’s added to some bottled juices. Don’t count on ever seeing it fresh. We passed through a busy market at lunchtime and saw everyone eating bowls of fresh acai and tapioca, with local fried fish.  How’s that for a different lunch?

Then there’s Rio, a city built in a forest by a river on the beach. Behind the high-rises of the affluent and the “favelas” of the poor and working class crowded onto the steep hillsides are tall granite cliffs, perfect for the Christ the Redeemer statue visible from all over the city and for launching hang gliders! On weekend afternoons, those hang gliders fill the skies before they descend slowly and gracefully onto the white beaches of Copacabana and Ipanema.  The beautiful beaches are extremely wide, with plenty of room for the weekend landing strips.  The white sand is like a front yard for the affluent; they pack in closely under red and yellow umbrellas year round.  Rio is like no other city in the world.

From drinking fresh coconut milk directly from the coconut with a straw to a smoky Brazilian barbecue with every cut of beef imaginable – things just felt different below the equator.