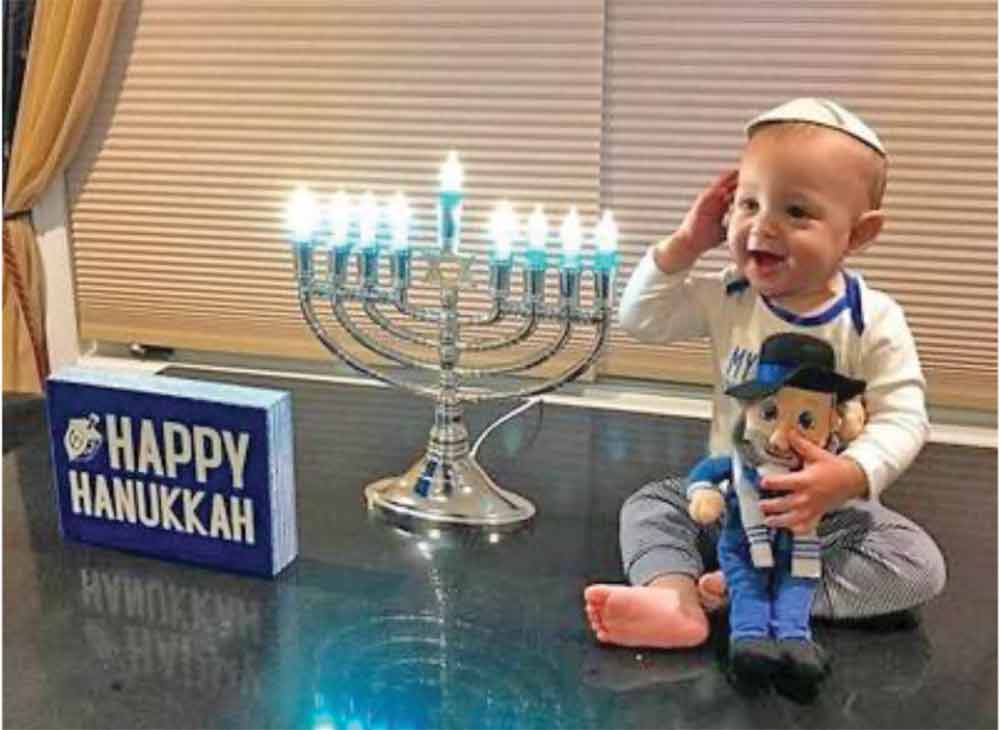 You’ve heard of Elf on a Shelf. But have you heard of Mensch on a Bench?

The loveable character is a new Jewish tradition meant to bring more fun to the traditional Hanukkah celebration. Mensch on the Bench, the brainchild of Neal Hoffman, tells the story of Moshe the Mensch, who was in the temple with the Maccabees when they won the war against the Greeks.

Hoffman was born and raised in Marblehead, Massachusetts, where he stood out as a ‘model’ student in his Hebrew school. After graduating from the University of Michigan and receiving an MBA from the University of Virginia, Hoffman landed what he said was his dream job – making toys at Hasbro, where he worked on GI Joe, Tonka, and Transformers. Years later, when his son asked for an Elf on the Shelf, Hoffman, drawing from his creative background with toys, came up with the idea of the Mensch on a Bench. It was an opportunity for Hoffman to tell his son the story behind Hanukkah in a fun but meaningful way. He wrote the story’s first draft that very night, launching the toy a short time later into the retail industry. Hoffman says that the Jewish community has widely accepted the mensch.

For those unfamiliar with the term, ‘mensch’ is a Yiddish word used to describe an honorable person who always tries to do the right thing. Although Hoffman says that “the Mensch on a Bench started as a way to bring more Funukkah to Hanukkah,” he also wants people to know that “it’s what we strive to be and embodies the qualities we preach to our children. It [the mensch] creates a sense of unity among Jews during the holiday season and demonstrates strength, kindness, courage, and wisdom.”

Moshe the Mensch has become so popular that Hoffman has added several new characters to the story – Mitzvah Moose, who has menorah antlers that light up each time he completes a mitzvah, Ask Papa, an interactive doll who, when asked a question, will respond just like your own Jewish grandfather would, Hannah the Hanukkah Hero who can teach you what it means to be a Hannukah Hero, and of course Dreidel Dog, Mensch’s cuddly best friend, whose bandana has a secret pocket to hold your dreidel.

Hoffman says that Moshe “takes his role as a mensch very seriously and always strives to do the right thing while inspiring others to be mensches.

You can find out more about the Mensch on a Bench at https://themenschonabench.com.