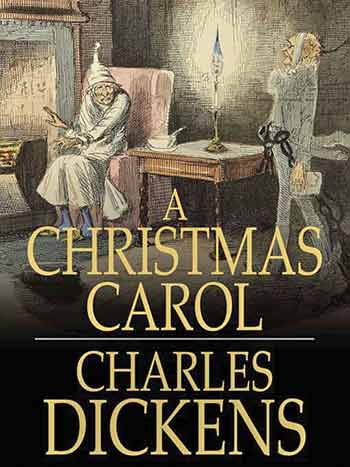 Without a doubt, A Christmas Carol by Charles Dickens is a seasonal favorite. The literary tale celebrating redemption and transformation has given readers joy for centuries. But Dickens could never have imagined the profound impact his story would have. Before he published A Christmas Carol, Christmas was not the holiday we know today. Industrialization had taken over British society. Gone were the days of celebration when people danced and ate huge feasts. Workers were simply commodities. Resources. Most laborers had to work on Christmas day. There was little to be joyful about in December of 1843.

At the time, Christmas was still considered a pagan holiday filled with raucous destruction and drunkenness. It was Dickens who changed the narrative by popularizing empathy toward the poor. His stories invoked colorful images from his own happy childhood. His vivid descriptions of Christmas caroling, decorating the Christmas tree, giving gifts, and the importance of spending time with family made his readers want to experience that feeling too. And so, just like the conversion of Ebenezer Scrooge, Christmas became a kinder, gentler family-friendly celebration.

In honor of the beloved classic, here are a few interesting facts about Charles Dickens and his story.

A Christmas Carol was written as a form of protest. Dickens understood the enormous gap between the rich and the poor in Victorian Britain. After reading a report on the Children’s Employment Commission, which revealed the shocking poverty and cruelty faced by children employed in mines and factories, and addressing a group of working-class residents of Manchester, Dickens conceived the idea for A Christmas Carol.

The story was written during Dicken’s career crisis. While he had succeeded with his other novels, Dickens found himself owing money to his publisher. The tale was written in just six weeks, during numerous nighttime walks around London.

Despite the story’s popularity with the general public, not all of Dickens’s author peers had kind words about the publication. Thirty-two-year-old Mark Twain was not a fan, critically reviewing the tale - “There is no heart. No feeling. It is nothing but glittering frostwork.”A Christmas Carol was first published on December 19, 1843, with the first edition sold out by Christmas Eve.

Dickens didn’t make much money from

A Christmas Carol’s early editions. Although it was a runaway bestseller, Dickens was meticulous about the endpapers and how the book was bound.

The price of materials took a big chunk out of his profits.

Although Dickens intended Ebenezer Scrooge’s story to be a tale of absolution and transformation, it is his miserly visage and attitude that have made him one of the most famous characters in literature.