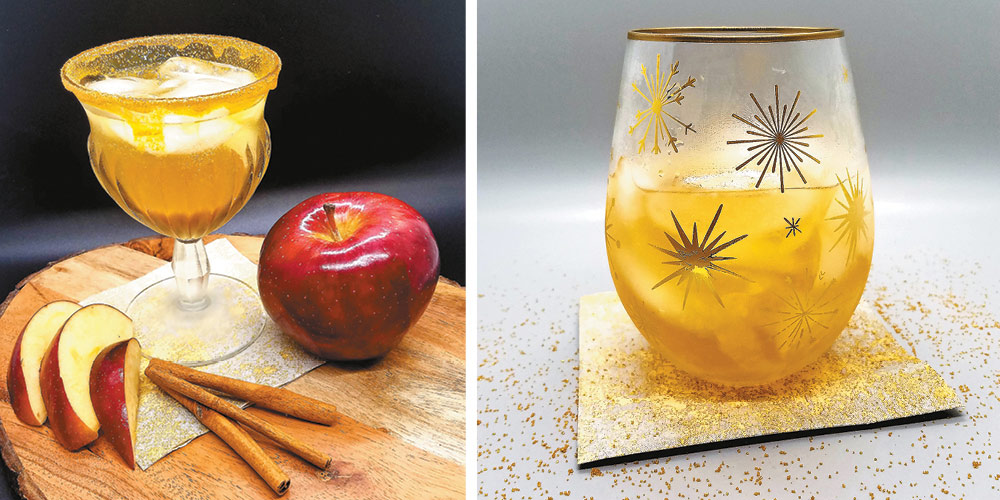 I'm a sucker for entering contests. I don’t know why. I guess the thrill of it. So recently, when I was thumbing through the November issue of Food Network Magazine and saw that they were hosting a contest in which they wanted you to post a picture of your best-looking fall cocktail, I was all over that. And the fact that the winner will receive $500 made it even more enticing.

For many years, my drink of choice was bourbon and Coke. I reached the point, however, where I made the decision to cut out soft drinks as I began thinking of them as just empty calories that I didn’t need. So I switched to bourbon and water. And that took some doing. Not all bourbons that taste good with Coke taste good with water. So, kind of like Goldilocks, I experimented with several brands until I found the one that was just right – in both taste and price point.

All of this to say that I don’t really have a “fall cocktail.” And the contest was primarily geared toward the best photo and not necessarily the best drink. This was certainly a blank slate and my mind immediately went into overdrive, thinking of the various flavors or flavor combinations that evoke fall to me. I also began thinking of various ways to design the photo op that would be attractive enough to possibly snag those five Benjamins.

After scouring the internet for several days, I found two drink recipes that sounded wonderful to me and also sounded very fall-ish. One was called “Sparking Apple Pie on the Rocks” and the other was called “Maple-Bourbon Cider.” I definitely consider apple, cinnamon and maple syrup fall flavors and think they all pair nicely with each other.

Knowing that we had rented an Airbnb at Crystal Beach where we were planning to spend a relaxing Thanksgiving break, that seemed like the perfect time to whip up these drink recipes and try them. Both drinks tasted great, although we were a little partial to the “Sparkling Apple Pie on the Rocks.” In fact, Mother’s already requested that I make them again at Christmas when our entire gang will be together. I shot photos of both drinks but we also all agreed that the apple pie drink made the prettier picture with the apple and cinnamon sticks as props. That’s the one I submitted to the contest. I’ll be sure and keep you posted on the results.

•Fill four glasses and a cocktail shaker with ice. To shaker, add bourbon, lemon juice, maple syrup and apple cider; shake vigorously. Strain into glasses and top each with a pinch of cayenne pepper, if desired.

Sparkling Apple Pie on the Rocks
From tasteofhome.com

My notes:
— I couldn’t find caramel topping so I used butterscotch topping instead and it was delicious.
— For the gold sprinkles, I used gold sanding sugar that I found at Walmart.