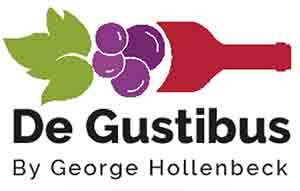 As summer turns to fall, in east Texas most of the leaves are yellow, rather than red. That is a sign, perhaps, that we should not forget white wine … which is after all, almost always yellow rather than white. And the queen of them all is Chardonnay, the most popular white wine in the world, almost synonymous with white wine.

The chardonnay grape originated in France, a blend of pinot noir and a long-forgotten variety. The French were making chardonnay wine in the 1300s, but it took a long time to become the choice white of the world. Why did it take so long? One reason is the French practice (a nuisance if you ask me) of labeling wine by geography rather than grape. Some fine French chardonnays are Chablis, White Burgundy, Meursault, Champagne ... though you’d never guess from the label. The chardonnay grape was brought to the U.S. in the late 1880s and the rest is history, slowed down only by prohibition. Most of the chardonnays we drink nowadays are U.S.-grown and made.

The chardonnay grape is a white grape, and unlike red wine which takes its color from the skin, not the grape, typically chardonnay wine keeps the grape skin out. Why is the chardonnay grape so popular among wine makers? It has a neutral flavor and takes its flavor from its “terroir” … where it is grown … and from its malleability in how it is made. Why is it so popular among wine drinkers? It is easy to drink and there are lots of varieties. We might add … it grows so well over most of the world.

Chardonnay wine got so popular with the wine drinking public that in the 1980s wine experts coined the term ABC (anything but chardonnay) because older more delicate grape vines were being ripped out and planted with chardonnay to meet the demand. The disdain got so hot that it was described by one wine writer as “the ruthless colonizer and destroyer of the world’s vineyards and the world’s palates.” No surprise, chardonnay was too good to be held back long. By the way, one factor in its rise in popularity was the famous “Judgment of Paris” when U.S. wines were tasted versus French wine and won four awards. That event is chronicled in a fun, easy to watch movie, “Bottle Shock.”

Much chardonnay is “oaked,” meaning it is made in oak barrels that contribute to flavor, most notably aromas of vanilla, clove, smoke and coconut among others. Oaking also makes wine taste smoother and less astringent. Most chardonnay also is made with a process called “malolactic fermentation” that turns the naturally malic acid into the creamy and smoother lactic acid, the same acid found in milk. And also gives it the buttery taste found in some of the chardonnays.

So, enough about the wine, how about the drinking? French chardonnays, e.g. Chablis, Meursault, are wonderful … but very pricey. They are typically very dry, crispy, with mineral tastes, with little or no oak. California chardonnays, the bulk of which you will find on local shelves, are all over the lot, depending on where they are grown and how they are made. Cool climate produces wine with more flavors of apple, pear, with citrus notes, with the warmer vineyards producing wine with more flavor of tropical fruit, ripe peach, banana, pineapple, mango, fig. Oak-aging produces less acidity and is smoother and often buttery, while un-oaked chardonnay (harder to find) which has higher acidity.

There are so many chardonnays, all so different that you have to try them to find what you like. My tastes vary: my longtime favorite for an inexpensive, heavily oaked chard has been Australian, either Lindemans or Yellow Tail ($5-$6 locally) or moving up to Bogle or Cupcake (Ruth won’t drink them … she’s ABC). Right now, I am onto St. Michelle, a Washington chardonnay, and A to Z Chardonnay, an un-oaked chard. Try an unoaked chard – even Ruth will drink it in a pinch.

Whatever you drink, try different ones to find the ones you like. I asked a friend in Santa Barbara who spends a lot more than we do what are some of his “high ticket” favorites. He mentioned several wines with the admonition that we may find them hard to find, but perhaps can order: Hartford Courtyard from Napa Valley ($25 range), Peay Vineyards from Sonoma County ($45 range). For daily drinking he gets Sonoma Cutrer ($25 ish) and for parties he gets Trader Joe’s Reserve for about $13, “… a very solid wine but nothing special.” Surprisingly several of these were available at Total Wines, but check the store, not at all stores carry them.

Remember our Latin motto: “De gustibus non disputandum est” – there is no accounting for taste. That motto, which appears over the bar in Fraunces Tavern in downtown NYC and was George Washington’s haunt, may be more important in the world today than ever. Your comments and insights would be much appreciated: This email address is being protected from spambots. You need JavaScript enabled to view it..  n