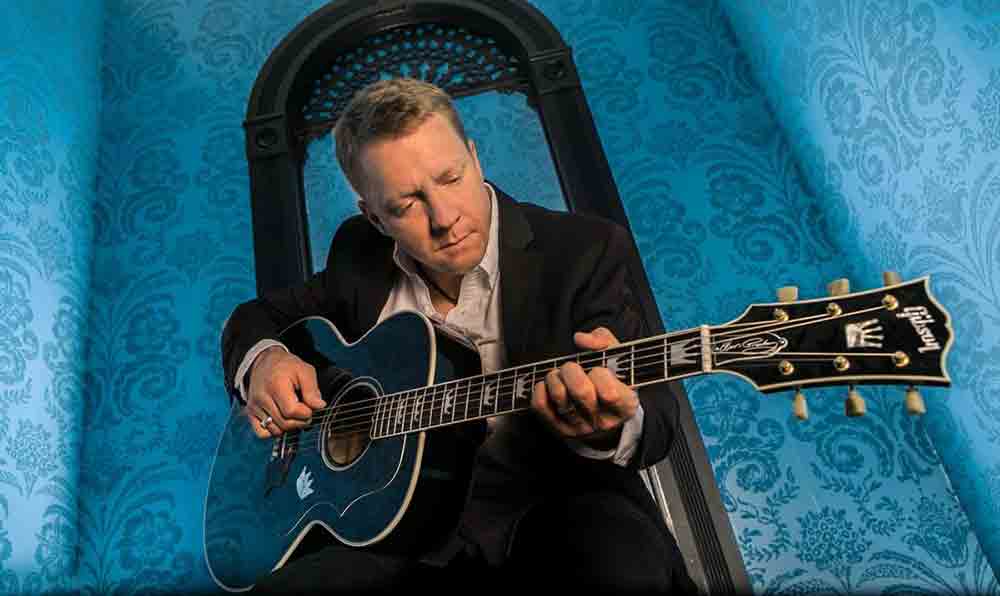 CROCKETT – Like most country music troubadours, Cory Morrow sings about what he knows best. His personal experiences. His songs run the gamut of everyday topics - from tender love songs, to raucous foot-stomping tunes, from songs about Jesus to songs about drinking and loose women, all sung with the same passion.

Morrow, a legend in the world of Texas Music, and among fans of great songwriting, in general, will perform in Crockett on Friday, Nov. 18 at the Crockett Civic Center.

The show is sponsored by the Piney Woods Fine Arts Association, and will begin at 7:30 p.m., the night before the annual Christmas in Crockett.

Morrow began his guitar-strumming, songwriting forays in Houston as a student at Memorial High School. He continued to hone his craft while attending Texas Tech University. Morrow, originally a fan of hard rock groups like ZZ Top and Led Zepplin, developed an affinity for Lone Star State singers and songwriters like Ray Wylie Hubbard and Robert Earl Keen, and struck up a friendship with fellow aspiring songwriter and classmate Pat Green.

At 21, Morrow moved to Austin to begin pursuing a serious career in music. His style, much like Green’s,  leaned more toward “Red Dirt,” a completely different animal from the pop-country Nashville scene. Red Dirt is a more rustic style of music, described by some as a mishmash of country, rock, folk, swing, honky-tonk, and bluegrass - think outlaw legends like Waylon Jennings and Willie Nelson or more recently, Cross Canadian Ragweed or Turnpike Troubadors.

Taking the ‘road less traveled’ meant attempting to achieve a modicum of success while not sacrificing his artistic control or relying on name-brand record companies to produce his music. In 1997, Morrow released an EP on his own Write On record label, “Texas Time Travellin’,” and published his first full-length album later that same year. Morrow’s willingness to tour endlessly through the Southwest helped him build a large and loyal Texas following.

Like many struggling artists, Morrow had his share of successes and failures over the years. His old college buddy, Pat Green, who, like Morrow, had chosen not to seek the Nashville scene, achieved his own success, joining Willie Nelson on some of his tours. Green gave Morrow a bit of a career boost in 2001 when they collaborated to release an album of classic country music covers called “Songs We Wish We’d Written.” Morrow continued selling discs throughout Texas on his own label until January 2005, when his career took a bit of a dive. Morrow was arrested for drunk driving and possession of cocaine. The brush with the law caused Morrow to question his life choices, and he began focusing more on his spiritual side, eventually marrying his fiancée, Sherry, who stood by him through those troubled times.

In 2008, Morrow released his album, Vagrants and Kings, which got nationwide distribution under a deal with Universal’s ‘Sustain’ label. In 2010 Morrow and his EP, Ramblin’ Man, made it to a top spot on the Texas music chart, while his album, Brand New Me, reached number forty-nine on the country album charts.

Morrow’s transparency is visible in his latest album, Whiskey and Pride, which came out in 2018. The tunes are vintage Morrow. The title track is a catchy morality tale of a man torn between love and ego in a battle fueled by whiskey and guilt. Another offering, ‘Always and Forever,’ is a lovely ballad filled with reverence and emotion. The guitar work and instrumentals themselves are worth a listen, even for those who might not be emotionally invested in Red Dirt music.

Morrow’s work has been described as “real - offering equal doses of introspection and fun. He’s not pandering. He’s simply doing what he knows. Pulling back the curtains, letting us in, and letting the chips fall where they may.”

General admission to the Crockett show is $25 per person. VIP tables for ten are available, and for this special event, a dance floor will be offered for those not content with just tapping their feet. Call (936) 544-4276 for ticket purchases or questions regarding the event.