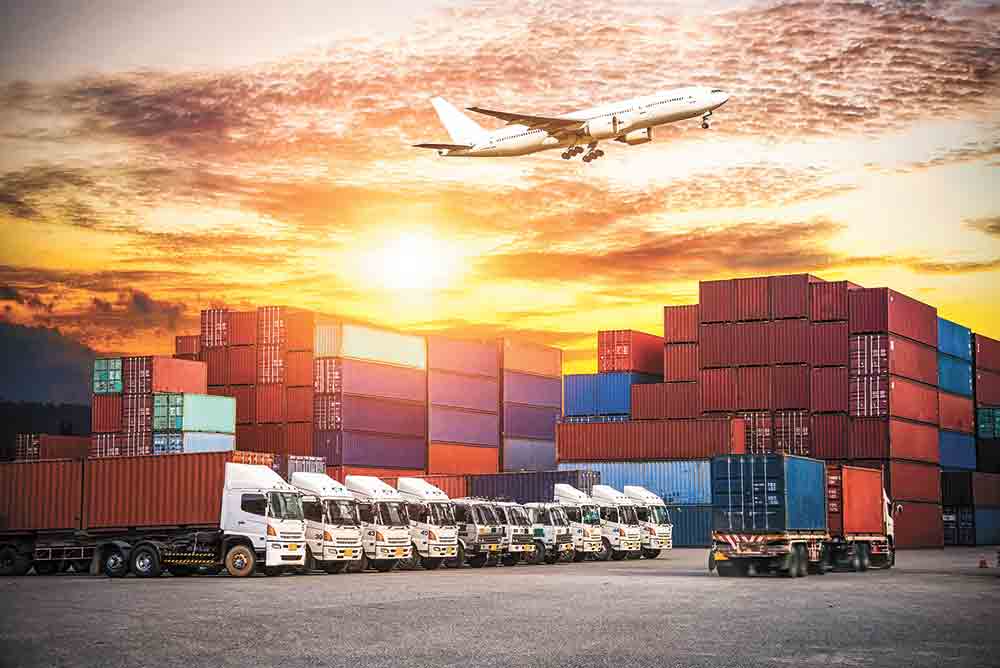 Texas A&M AgriLife will lead the research on a new project to assess export opportunities for Texas-grown organic fruits and vegetables.

Experts from the Texas A&M AgriLife Extension Service are working to expand international export markets for Texas-grown organic fruits and vegetables by collaborating with producers and the produce industry.

Luis Ribera, Ph.D., AgriLife Extension economist in the Texas A&M College of Agriculture and Life Sciences Department of Agricultural Economics, will guide the research on the “Export Market Analysis for Selected Texas Organic Fruits and Vegetables” project to be overseen by the Texas International Produce Association, TIPA.

The project is being funded by a grant from the Agriculture Commodity Export Support, ACES, program of the Texas Department of Agriculture. ACES is a pilot program for Texas agricultural trade organizations, cooperatives and commodity or producer organizations wanting to engage in export activities to expand the international market presence of Texas agricultural commodities.

“In the past, organics have been overlooked as a marketing opportunity for Texas producers,” Ribera said, “This new project will provide an excellent opportunity to derive more information about Texas organic production and how we can expand the export market for Texas-grown organic fruits and vegetables.”

The number of Texas acres devoted to organic production — including cropland, pastureland and rangeland — increased by about 97% from 2014 to 2019, with the amount of U.S.-certified organic acreage increasing by about 51% during that same time frame.

The purpose of the project will be to analyze the current and potential export markets for selected Texas organic commodities. In conjunction with CNAS, Young and Ribera gather data from various government, public and private sources to analyze what Texas organic products would fare the best in the global marketplace

“We will start by identifying the top five Texas organic fruits and vegetables with the greatest potential for export markets,” said Ribera, who is also director of CNAS. “Once the commodities are selected, the market analysis will start with an overview of international trade for each specific commodity, then identify the top three or four markets as well as main competitors to those markets. We will analyze export trends for the top importing markets looking for opportunities to access or expand market share for the selected Texas organic commodities.”

He said another aspect of the project will be to identify and analyze general border measures and trade barriers such as sanitary and phytosanitary requirements. The project will also study import tariffs and technical barriers to trade to evaluate the competitiveness of the selected Texas organic commodities.

“If Texas does not participate in the top importing markets, the reasons for the lack of participation in these markets will be identified, and we will make recommendations on how to overcome trade barriers,” Ribera said.

He said in addition to helping producers find out what they can do to increase market share, another project objective is to help the Texas produce industry make the most out of its existing resources.

Whitney’s role in the project will be to confer with producers and industry representatives on their needs and capabilities and help address the pros and cons of exporting Texas-grown organic produce. He will also lend his extensive knowledge of organic production in helping determine what products would be best suited for export.

“While most of the organic production in Texas is in the Rio Grande Valley, there is also production in Central Texas and elsewhere,” Whitney said. “There’s a growing interest among the state’s organic growers in identifying agricultural commodities for export.”

He noted some of the other organic producers he has worked with in the past or will be working with for the project include Little Bear Produce and Terra Preta Farm in Edinburg; Gearhart Farms in McAllen: Tropical Star Enterprises in Alamo; Resaca Grove Farm in Brownsville; Mid Valley Agriculture in La Feria; Triple J Organics and South Texas Organics in Mission; Rio Fresh in San Juan; and Greater Good Farms LLC in Weslaco. On the industry side, Whitney will also work with TPIA, Texas Citrus Mutual and other industry groups to help determine grower and industry opportunities and challenges regarding organic exports.

Whitney noted the contributions of organic growers like Jed Murray, owner of Tenaza Organics in Olmito, and industry leaders such as Dante Galeazzi, president and CEO of TIPA, in securing the ACES grant.

“Jed is an avid organic grower,” Whitney said. “He is also on TDA’s Organic Advisory Board and has been an exemplary cooperator with AgriLife Extension. “He provided some excellent ideas on what Texas organic produce could be exported.”

Murray was recently presented with a Grower Achievement Award by American Vegetable Growers, which cited him for his work in promoting organic produce and educating consumers on its health benefits,

“Dante works diligently to help expand the Texas produce industry and provides useful insights on the marketing potential,” Whitney said. “And TIPA represents the business, economic and political interests of those who provide Texas-grown fruits and vegetables, including organically grown produce.”

Texas organic vegetable sales changed dramatically between 2014 and 2019, according to U.S. Department of Agriculture surveys. Squash and potatoes, two of the top five organic crops in 2014, dropped off the list 2019, and open field tomatoes fell from the first to fourth position. Spinach and watermelons were the state´s top sellers among organic vegetables in 2019, followed by lettuce, open field tomatoes and broccoli.

Organic crop production provides a total statewide economic output of $241.7 million annually, including a $129.8 million contribution to gross regional product and $99 million in labor income, including full and part-time jobs.